A senior health official at the forefront of South Korea’s fight against Covid-19 has tested positive for the coronavirus – and identified himself as a member of the religious group linked to hundreds of other cases.

The official, whose name has been kept from the public, is the head of the Infection Preventive Medicine Department in the western district of Daegu City, which is at the epicentre of the outbreak in South Korea.

Daegu, population 2.2 million, and its surrounding province of North Gyeongbuk, account for 681 of the 833 infections confirmed in the country as of Monday afternoon. More than 450 of those cases have already been identified as followers of the Shincheonji Church of Jesus, which mainstream churches see as a doomsday cult, and experts believe this number is likely to rise.

The official, who was in charge of the district’s fight against the virus, identified himself as belonging to the cult after he tested positive for the virus, said Daegu City Mayor Kwon Young-jin.

Consequently, 50 other health officials who worked with him have been quarantined at their homes as a precautionary measure.

The news came as a police officer in Daegu diagnosed with the virus subsequently revealed himself to be a member of the cult, too, as did a female teacher at a children’s cram school in Gumi City, near Daegu.

The developments surrounding the cult members are likely to fuel concerns over the movement in South Korea, where seven people have already died from the disease.

Since coming to widespread public attention after hundreds of its followers tested positive for the coronavirus, apparently infected by a 61-year-old woman ‘super-spreader’, the cult has attracted controversy both for its aggressive public evangelical campaigns and the secrecy of its followers, who hide their affiliations with the movement. The movement believes that its founder Lee Man-hee, 88, has donned the mantle of Jesus Christ and will take 144,000 people with him to heaven on the day of judgment.

Seoul Mayor Park Won-soon on Monday accused the church of “playing a key role” in spreading the virus after the city government forced its 163 facilities in the city to be closed for quarantine.

New cases involving the church’s followers have continued to emerge, with the virus apparently spreading through prayer sessions and other activities conducted in packed halls and through close person-to-person contacts.

The church has said it will cooperate closely with authorities to ward off the virus and has provided health authorities with a list of 9,600 followers in Daegu. Everybody on the list has been placed in quarantine at their homes, regardless of whether they have symptoms or not.

In a statement on YouTube, the church urged its critics to stop promoting “hatred and groundless accusations”. It said its followers were merely “victims of the disease which originated in China and was transmitted to this country”.

It said it had urged all its 245,000 followers across the country to stay home until further notice and had also made public the addresses of its 1,100 facilities nationwide.

But critics said the list did not account for secret “bible study rooms” and “undercover churches”. They believe it may have as many as 1,500 facilities, including 200 centres in foreign countries. People campaigning against the cult have said it has more than 18,000 followers in China, including 1,613 in Beijing, 1,332 in Shanghai and 235 in Wuhan City, the epicentre of the outbreak in China, even though its missionary work in the country is prohibited.

South Korean President Moon Jae-in said on Sunday the flare-up of cases surrounding the church had created a “completely new situation” in the battle against the disease amid criticism that the government should have had stricter quarantine measures.

At present, South Korea bars only travellers from Wuhan and Hubei Province from entering the country.

Dr Lee Hoanjong, a professor at Seoul National University Children’s Hospital, said this meant carriers who might have contracted the virus in China, Singapore or elsewhere in Asia might have passed through quarantine gates unchecked.

“It is like claiming that the gate keeping is being done well without knowing that your back door is still left open”, he said.

“Our efforts should now be shifted to maintaining new cases at a manageable level. Medical staff and health infrastructure in Daegu are now being stretched to a breaking point. If we have another Daegu in this country, I can’t imagine what would happen.” 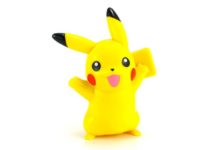 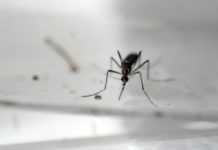