Home Health Medical Profession Doctor’s wife urges doctors to talk more openly about suicide
Share on Facebook
Tweet on Twitter
The widow of a Brisbane gastroenterologist who took his own life has gone public with a message that urges others not to suffer in silence.
Dr Andrew Bryant, who worked in public and private practice in Brisbane, was found dead in his office last week. He was 54 years old.
His wife, Susan Bryant, has released a letter that she wrote to friends and colleagues to highlight the circumstances of his death.
Susan’s letter: 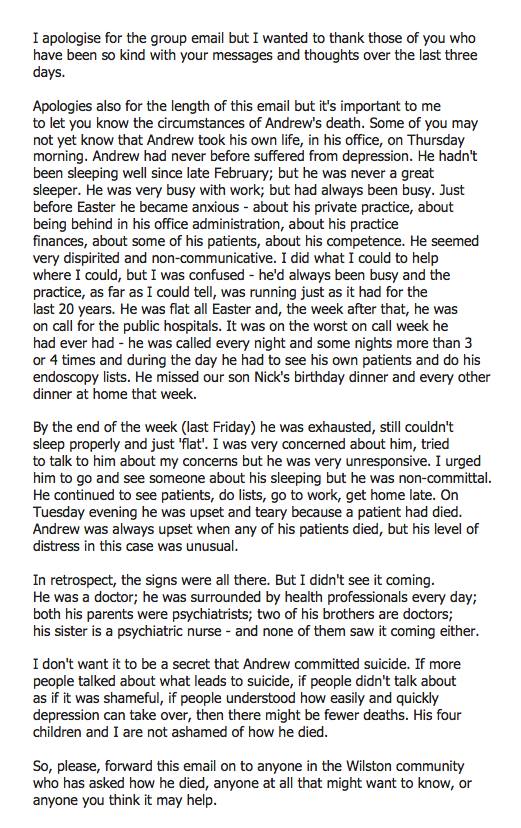 For support and information about suicide prevention, call Lifeline on 13 11 14.