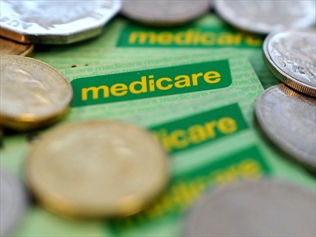 The campaign against the Medicare rebate freeze has roared back to life with a call for a hike in GP consultation fees across the board as of next month.

AMA Vice President Dr Tony Bartone told reporters in Melbourne today that patients’ out-of-pocket costs would rise further because of government policy to prolong the freeze on MBS indexation until 2020.

He revealed the AMA would recommend a rise of $2 for a standard Level B consult from the current rate of $76 in November, while the MBS rebate had remained frozen at $37.05 since 2014.

The AMA announcement came a few hours before RACGP President Dr Bastian Seidel was scheduled to meet Prime Minister Malcolm Turnbull to deliver a similar message about the strain on the profession.

The fee hike will be an embarrassment for Mr Turnbull, after he told voters during the July 3 election campaign that patients “absolutely” would not pay more for doctors’ visits because of the rebate freeze.

A recent RACGP survey based on a snapshot of activity indicated GP bulk-billing rates had dipped to 69% of consultations – as opposed to the government’s official figures showing 85% of services were bulk-billed.

Dr Bartone, a Melbourne GP, said doctors had struggled to keep costs to a minimum out of consideration for their patients, but more would be forced to abandon bulk-billing as a result of the freeze.

“Many patients will pay more to see their doctor because of the Medicare freeze. It is inevitable that many GPs will need to review their decision to bulk bill some of their patients.”

Dr Seidel is expected to point out to Mr Turnbull that he could end the freeze by using the unspent $170 million left over from last year’s health budget.