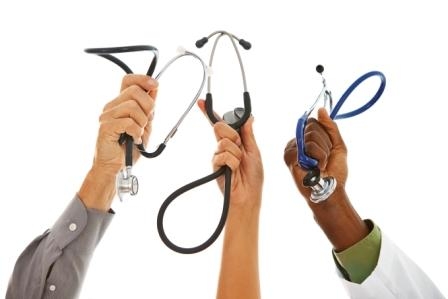 General practice owners are furious that Health Minister Sussan Ley has yet to consult with them over rent controls that could cost the sector as much as $200 million a year.

GP owners group chair Dr Sean Stevens said that owners were not merely “ropeable” at the unilateral decision to cap the lease fees they could charge pathology companies for collection centres. The intervention could be the “death knell” for practices that depended on the rental income to make loan payments and stay afloat despite the prolonged Medicare rebate freeze, the Western Australian GP said.

“You don’t go in and crack a walnut with a sledgehammer, which is what they are proposing to do,” Dr Stevens said.

Owners were dismayed there had been no attempt to consult with them on the rent-control measure – scheduled to be introduced in January – despite an earlier promise to enter detailed talks after the July 3 election.

Minister Ley denied last week the government had agreed to intervene in pathology rents in order to have Pathology Australia drop its damaging protest against the Coalition’s bulk-billing policy one week into the election campaign.

Challenged by Dr Stevens after she addressed the opening plenary session of the RACGP’s annual conference in Perth last week, she said she did not agree with that characterisation of events.

Asked when she would sit down with practice owners to hear GPs’ concerns over the rents issue, Ms Ley only reiterated that she would consult.

As of this week, however, still no date for discussions had been arranged.

New RACGP president Dr Bastian Seidel said a solution to the rent-control problem was needed urgently, before leases come up for renegotiation.

As it is currently understood, the intervention in GP pathology rents would be a gift to big-business predators buying up general practices, Dr Stevens said.

The measure is intended to limit the amount a practice can charge to within 20% of market “medical” rents.

In most instances, this could mean a doctor’s lease agreements would be constrained by the per-square-meter prices of suburban medical suites in their local area.

The minister is expected to do this by declining to approve new collection-centre leases unless they satisfy the 20% rule, but there has been no explanation of precisely how the “market” benchmark will be determined.

Dr Stevens said pathology rentals were not often discussed, but he believed pathology labs could pay two to four times more than a medical tenant.

“The rents are high, higher than what GPs pay,” he said.

But the outlay was worthwhile for labs to have collection centres located beside quality practices, and GPs used the income to invest in facilities and quality of care.

His own practice, Mead Medical Group, had used its rental revenues to secure finance and buy equipment, helping the practice achieve the honour of being named the 2013 RACGP Australian General Practice of the Year.

In making its case for rent control to government, Pathology Australia would “trot out people who are paying rents that are too high”, he added.

But it was disingenuous for the pathology lobby to complain that rent premiums were unreasonable when they had been willingly negotiated by labs in pursuit of market share, Dr Stevens said.

A Grattan Institute report has supported the GP-owners argument that pathology is a niche rental similar to pharmacies in shopping centres and could not be equated to rents in medical suites.

Practice owners are organising a fighting fund to challenge the proposed restriction, which they say is anti-small business and unfair to practices that have factored rental income into their finances.

Industry analysts are predicting further consolidation of the general-practice sector if pathology rents are cut, especially if the MBS rebate is continued.

Leading business consultancy PriceWaterhouseCoopers has estimated the proposed rent controls would transfer $150 million to $200 million from general practice to the coffers of major ASX-listed pathology groups.