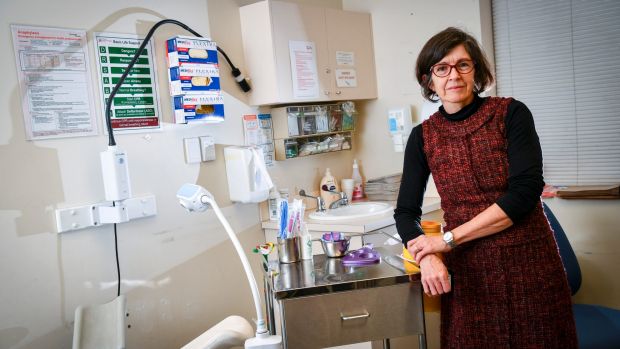 Dr McNamee is one of about 1200 doctors trained to prescribe medical abortion drugs. Photo: Eddie Jim

Dr Kathleen McNamee? has thought a lot about what it means to be an “abortion doctor”.

While the women’s health specialist has been referring patients for surgical terminations for many years without actually performing the procedure herself, last November she started prescribing abortion drugs to women so they could manage the process in a different way.

Before she started, the medical director at Family Planning Victoria had to organise hospital backup for women who experience complications, think about how the service would be advertised or not, and consider the risk of protesters because exclusion laws were not yet in place. 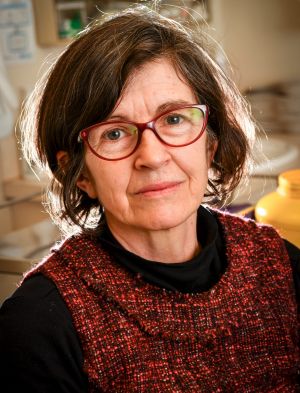 Dr McNamee is one of a small group of Australian doctors who have overcome the potential stigma associated with prescribing mifepristone? (RU486) and misoprostol for women who want to terminate a pregnancy up to nine weeks gestation.

She and others now want other doctors to follow suit so more women can access the alternative to surgery which can be both expensive and difficult to find due to a shortage of doctors and hospitals willing to do it.

While the drugs were listed on the Pharmaceutical Benefits Scheme in 2013 to make them widely available, only 1244 doctors have become certified prescribers – a small proportion of the estimated 30,000 GPs and gynaecologists working in Australia.

The data from MS Health, which trains health professionals in how to use the drugs, also shows there are only 2715 dispensers out of about 29,000 pharmacists in Australia.

Despite a lack of routine data collection, researchers estimate one in four pregnancies – about 80,000 a year – end in terminations.

A recent study interviewed 19 health professionals providing abortion services in Victoria and found that they all thought doctors should consider prescribing the drugs to increase access, particularly for women living outside of big cities.

Associate Professor Louise Keogh?, of Melbourne University’s School of Population and Global Health, said the study participants felt that GPs could provide the drugs as long as they had good peer support to assist them, as well as relationships with local hospitals, pharmacists and ultrasound services.

A separate study that asked 15 providers about women’s experiences of the two options found that many women did not know the drugs were an option because they were not well publicised. Some of the providers also felt women had misconceptions about how they worked.

They found that women weighed up a lot of factors in making a decision about the two options, including the time taken for the procedure; the location and privacy they would be afforded; and the amount of support required.

Some women also perceived the physical risks of the two differently, as well as the emotional impact of either waking up from surgery with it done, or effectively experiencing a miscarriage over the course of a day or two. Both studies have been published in the Australian and New Zealand Journal of Obstetrics and Gynaecology.

The risk of complications with a surgical termination are much lower, she said, and women tend to experience less pain compared to medical abortion.

Dr McNamee said while some women struggle with it emotionally, many also come back feeling very relieved.

Associate Professor Keogh said she hoped more organisations such as the Royal Australian College of General Practitioners would consider how they could support members to provide abortion services to their patients, and treat it just like any other essential component of healthcare.

Many women, particularly in rural areas, suffer because of a lack of access to abortion, she said. It can mean they have to travel four or five hours to reach a service, pay hundreds of dollars for private care, or face delays that mean they experience a termination later in pregnancy. Given medical abortion can only be taken up to nine weeks gestation, this can limit their choices.

“The college should be encouraging its fellows to consider the training,” Associate Professor Keogh said.

A college spokesman said they did not have a position statement on medical abortion, but that GPs were taught to be non-judgmental towards women seeking terminations and to be aware of legal issues, so they can provide patients with advice for an informed decision.