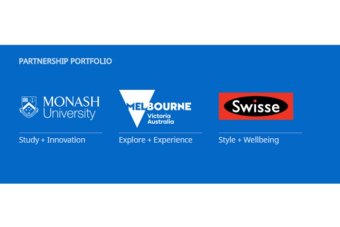 Concerns have been raised about an ABC partnership with the vitamin and supplements brand Swisse Wellness.

These ‘Foundation Partners’ receive branding and advertising opportunities across all Australia Plus platforms. In return, Australia Plus “will build its strong presence in the region and develop its growing audience base,” according to an ABC press release.

World-renowned public health expert Dr Ken Harvey, an Adjunct Associate Professor in Monash University’s Department of Epidemiology and Preventive Medicine, said he was disappointed Australia Plus had partnered with the company.

“The concern about Swisse is that they’ve had many upheld complaints for misusing scientific claims such as ‘clinically proven’ and ‘clinically tested’,” Dr Harvey told PM.

“And, ironically, their advertising claims have also been the subject of a number of satirical segments on the ABC’s The Checkout program.”

A segment on The Checkout examining claims by Swisse ended in a defamation lawsuit in 2014, but an ABC spokesman said no out-of-court settlement was paid and both Swisse and the ABC paid their own legal fees.

The Victorian State Government and Monash University were also announced as “foundation partners” of Australia Plus, but Dr Harvey said he was speaking as an independent academic, and not for Monash University.

“I was particularly surprised that ABC International — and I must confess Monash University — is getting into a partnership with Swisse Wellness,” he said.

“I have talked to the administration at Monash and they happily tell me that their partnership was between ABC International and Monash, there wasn’t any involvement of Swisse when they did the deal.

“I certainly accept that promoting Australian education and business internationally is a good idea, but I do not think that promoting shonky products through Swisse Wellness is going to do a lot for Australia’s reputation.”

The ABC said in a press release that the new “commercial collaboration” would offer “enormous potential to showcase Australian life including education, tourism and business, to audiences in the region.”

The brands will have exclusive advertising rights to reach 190 million people across Asia who can access online and television channels broadcast by Australia Plus.

When La Trobe University announced that it had signed a deal with Swisse Wellness to fund a complementary medicine research centre in 2014, Dr Ken Harvey quit La Trobe.

The ABC has contacted Swisse Wellness for a response.

ABC media manager Nick Leys said all Australia Plus content was subject to “the established and rigorous requirements of the Editorial Policies.”

“The commercial partnerships will in no way undermine the ABC’s commitment to these policies.”

A Hong Kong firm bought 80 per cent of Swisse last September for $1.67 billion.

ABC International is a commercial operation and is permitted under the ABC Act to partner with commercial organisations.