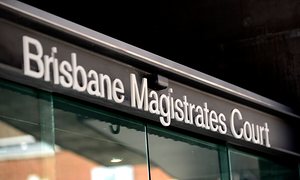 A security guard who allegedly tackled an elderly hospital patient to the ground after the patient used a fire hose inside a ward has faced court, accused of manslaughter.

Shane Kilgariff, 50, was granted bail when he faced Brisbane magistrates court on Monday, charged over the 81-year-old patient’s death.

The court heard the elderly man was being treated at Brisbane’s Prince Charles hospital on 30 April when he took hold of a fire hose and “was using the fire hose within the ward”.

Kilgariff then allegedly tackled the patient to the ground.

The man was moved to the Royal Brisbane and Women’s hospital, where he died about two weeks later.

Kilgariff will be required to return to court on 5 September.

The court heard he was still employed at the hospital in an administrative role.

Queensland Health has launched an investigation into the death.

Hospital in second outbreak of disease 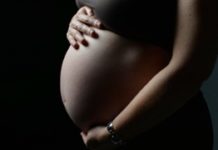 Melbourne man who posed as gynaecologist to face court