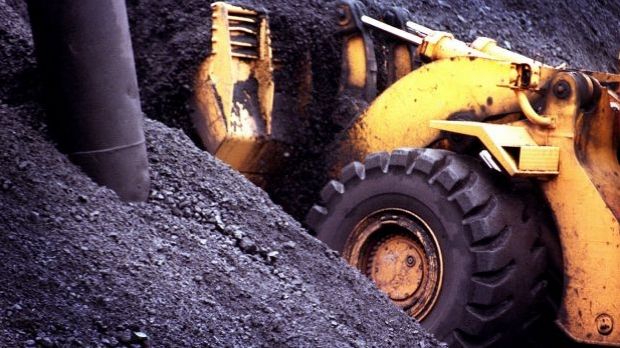 Black lung victims have formed a group to speak for a number of miners who are too scared to come forward in case they are sacked. Photo: Supplied image

Given the choice, former coalminer Keith Stoddart would have swapped his black lung diagnosis for cancer because at least then “they may have been able to cut it out”.

Mr Stoddart is one of several victims who have joined forces to form a black lung victims’ group to speak up for a number of miners who are too scared to come forward in case they are sacked.

The 66-year-old Bundaberg resident went back to the mines in 2005, after a 16-year break, and was given a clear bill of health but that all changed a year ago when he was told he had black lung disease and would be constantly short of breath.

“We want our voices heard … There’s a lot of blokes who are working who are too scared to have X-rays and too scared to speak out because they will get sacked,” Mr Stoddart said. 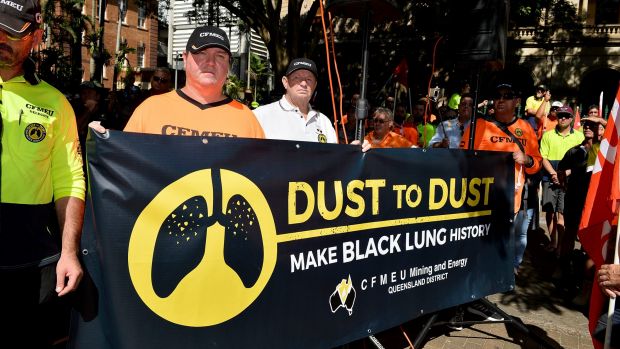 Workers and union members protest for workers rights and the treatment of victims of black lung disease in April. Photo: Bradley Kanaris

“A lot of them are on contracts whereas I was lucky because I was permanent and they have put me on work cover.”

He said there are shortcomings in the system that need to be rectified.

“I have been compensated but there are a lot of blokes who have retired and the way the compensation scheme works at the moment, you only have three years to claim and this black lung could take 10 years to hit you and you get nothing.”

Mr Stoddart, who first started working in the mines in the 1970s, knew something was wrong after experiencing pain in the right lung.

Tests showed he had black lung and now he relies heavily on Ventolin to get through each day.

“If it had been cancer they may have been able to cut it out,” he said.

The victims’ group wants the Queensland government to be more proactive in the prevention and reporting of the disease, increase support and assistance for victims, establish a 10-cent levy on every tonne of coal production and have independent studies of dust level on mine sites.

Only last week, three new cases of black lung disease were confirmed in Queensland which, according to the state’s department of natural resources, takes the official number of cases to 14.