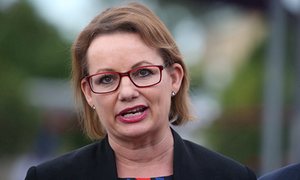 ‘The health minister should look closely at the proposed guidelines and question whether they represent global best practices, support continuing innovation, and facilitate access to cutting edge treatments for Australian patients.’ Photograph: Mike Bowers for the Guardian

For decades, Australia led the world in recognising the importance of assessing the value that new medicines provide to its citizens and ensured that the prices Australians paid for these medicines reflected their value. As a result, the health of Australians has been among the best in the world, a feat achieved at levels of healthcare spending that have fallen well below nations such as the United States.

Indeed, within the United States, health policy scholars have frequently viewed Australia’s healthcare system as a model of how care can be delivered efficiently to an entire population. Meanwhile, the notion that drug prices can reflect value has escaped the US health marketplace.

But Australia’s dominant position at the forefront of public health policy innovation and therefore its global health advantage lie in question. Healthcare treatments are quickly evolving, as is our understanding of how treatments affect society at large, an issue that is particularly important with an ageing population that must be cared for by others. This rapid evolution means that Australia’s system for determining which drugs are available to the population will need to adapt to ensure that treatments that provide value to society continue to be accessible to Australians.

More than one year ago, it was announced that Australia’s Pharmaceutical Benefits Advisory Committee, the independent committee responsible for recommending new drugs for listing on the Pharmaceutical Benefit Scheme (PBS), would review its framework for how recommendations to the health minister are made. The guidelines review, which is expected to be completed in August, seeks to ensure that the guidelines are “of the highest quality,” “reflect best international practice,” and “develop a more concise, clear, focused and up-to-date methods guidance.”

The reason this seemingly “technical” issue matters for Australians is that the near-finalised new guidelines appear to be a policy-motivated attempt to curb healthcare spending rather than an attempt to achieve global best practices for how treatments should be valued. The methods included in the draft proposed guidelines include serious gaps when held up against global best practices.

And yet, these guidelines will form the sole basis by which treatment coverage recommendations are made to the health minister in the years to come. The deficiencies in these guidelines mean one thing for Australian patients: future access to innovative medicines may be reduced.

As they stand, these guidelines are not designed to capture the value that medicines provide to society as a whole. However, there is no denying that medicines deliver value to society that extends beyond a narrow focus on health care budgets. It is essential that budget holders do not ignore the obvious fact that treatments impact the lives of individual patients, but also their families, loved ones, and in some instances, complete strangers.

Studies have shown that caregivers of people with Alzheimer’s disease spend greater than AU$65,000 annually on expenses related to care, a huge societal expense that proposed guidelines would virtually ignore when considering a new treatment for Alzheimer’s disease. At the same time, other research demonstrates that having a child with cancer, a parent with arthritis, or a family member with depression has profound effects on the wellbeing of family members.

Research among Australians suggests that an acute illness in one spouse leads to at least a 15% decline in the wellbeing of the other spouse. Complete strangers benefit when individuals are vaccinated against measles or cured of infectious diseases such as hepatitis C.

The guidelines, as proposed, do not go far enough in specifying and including direct input from patients and clinicians into the coverage recommendations. It should come as no surprise then that a failure to systematically incorporate these important views has led some drug assessments, particularly in cancer, to not meet best practices globally.

For instance, in end-of-life care, where patient preferences are paramount, other nations have led the charge in better assessing how treatments affect quality of life near its end.

The draft proposed guidelines do not recognise the simple fact that treatments often provide a large value to society, above and beyond the value to patients themselves. If the guidelines are not modified to reflect how other leading public health systems (such as the UK) have begun to assess societal value, future treatments for diseases like multiple sclerosis and dementia, two diseases with large caregiver burden, and HIV, which affects the population through transmission of disease, may not be covered despite their wider benefits to society.

It is imperative that this August, the final guidelines recognise the importance of incorporating the wider value that new treatments can create for society.

An equally important issue that must be addressed is whether new drugs being considered for public coverage should be compared against the cheapest available alternative, as some have proposed, or instead against the treatment that patients most frequently use. Comparing new treatments to the cheapest available alternative is an apples-to-oranges comparison that reflects an inherently policy-driven attempt to limit public drug expenditures.

The more clinically relevant way to assess whether new treatments should be covered is to compare them to treatments that the majority of patients actually use and that form the standard of care. A failure to do so risks rejecting drugs that offer patients additional clinical benefit. It also places pressure on manufacturers to lower the price of new treatments in order to achieve favourable incremental costs relative to the lowest cost comparator, potentially decreasing incentives for innovation.

These and other issues with the proposed guidelines come at a time when Australia’s own regulatory process of approving drugs based on safety and efficacy is undergoing significant reform. The recent medicines and medical devices review proposed a number of positive changes to the Therapeutic Goods Administration, including new provisions to accelerate the approval of important medical breakthroughs.

But regulatory advances are useless if coverage guidelines do not also adapt. Several countries, including the UK, have adopted practices that are currently absent from the proposed Australian guidelines, including accelerated approval and coverage for new treatments of diseases with high unmet need and greater solicitation of input from patients and clinicians.

Australia now has an opportunity to ensure its leading role in how high-value healthcare is provided in public health systems. The health minister should look closely at the proposed guidelines and question whether they represent global best practices, support continuing innovation, and facilitate access to cutting edge treatments for Australian patients.

Anupam B. Jena, MD, PhD, is an economist, physician, and the Ruth L. Newhouse associate professor of healthcare policy and medicine at Harvard Medical School in Boston, Massachusetts, USA.