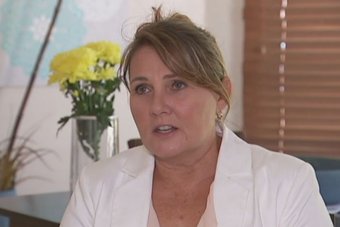 Photo: Suny Albert was 45 when she was diagnosed with breast cancer at a routine mammogram. (ABC News)

Women in regional Queensland are more likely to undergo breast reconstruction surgery following a mastectomy than 15 years ago, a study has shown.

The joint survey between Cancer Council Queensland (CCQ) and Mater Medical Centre, published in the ANZ Journal of Surgery, analysed more than 4,000 cases of breast cancer in Queensland between 1997 and 2012.

“It’s gone from 2 per cent to 14 per cent – now that’s a significant improvement,” he said.

“It still lags behind our city-based colleagues, but it is a great improvement.

“The results give us great encouragement that we can in fact bridge the great divide between regional outcomes and those city-based friends and family.”

CCQ head of research Joanne Aitken said there were a number of reasons why more regional patients were having breast reconstructions following cancer.

“I think the reasons are the same across the board for both city and country women,” she said.

“The guidelines for the management of early breast cancer now recommend that all women be offered the opportunity to have a breast reconstruction.

“There’s more awareness and information out there and over the 15 years of the study, the techniques for doing this type of surgery have improved.

“It’s a choice that the woman herself makes and the important thing is, that everybody has the opportunity.”

Suny Albert was 45 years old when she was diagnosed with breast cancer at a routine mammogram.

Three months later, she uncovered a lump in her other breast and both were removed.

Ms Albert, who lives in the small coastal town of Yeppoon in central Queensland, said despite the long trip to see a specialist on the Gold Coast, she was determined to have reconstructive surgery.

“I just decided that it was part of my body and if I could have reconstruction, it just might make life a little bit more normal,” she said.

“I think the information that they have now makes it easier to go ahead and have that surgery done.

“It’s still a really big decision — I know a lot of people baulk at the fact that you have to be away [from home].”