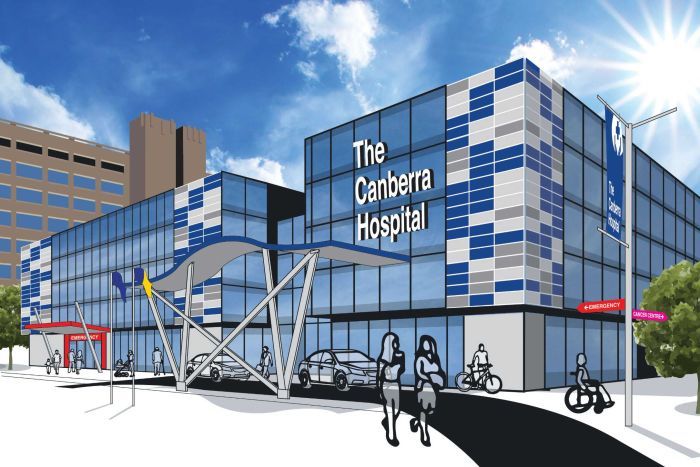 The Canberra Liberals have pledged to construct a new $400 million building at The Canberra Hospital if they are elected at October’s poll.

“We have a health system in crisis … At the moment they [ACT Government] are just putting a band-aid on health buildings,” he said.

The plan also commits $8 million for more nurses, doctors and other staff.

Mr Hanson said the policy was based on plans previously shelved by the Labor Government — a decision he chalks up to that Government’s investment in light rail.

“[Former chief minister] Katy Gallagher was saying this needed to be done in the lead-up to the 2012 election,” he said.

“There’s $375 million in the budget that’s essentially been ripped out of this project and put into light rail.” 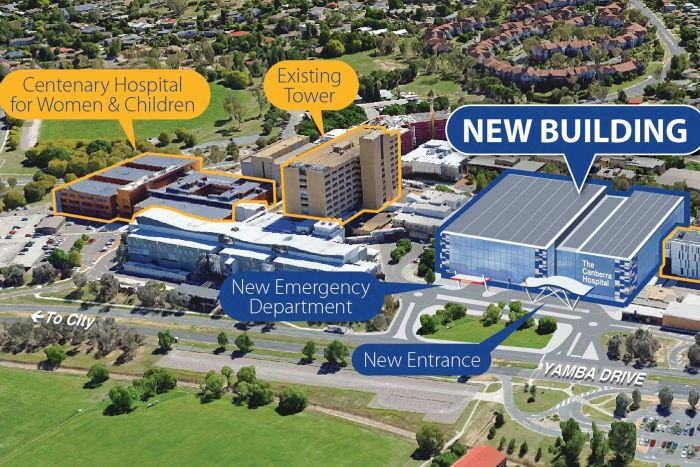 Photo: An artist’s impression of where the new building would be built. (Supplied: Canberra Liberals )

A planned $800 million tower block at The Canberra Hospital was put on hold in 2013, and Health Minister Simon Corbell said in June that a decision on new infrastructure was still “a number of years away”.

“The Government has focused on ensuring that we achieve optimum utilisation of existing infrastructure in the short term,” he said in June.

“The assessment is that over the next five to 10 years utilisation of the existing infrastructure, with a modest level of improvement, will actually give us the capacity we need to meet demand over that period.”

That stance has drawn repeated criticism from the Opposition, which is looking to make health a key part of its election platform.

“We’ll do this in the first term of Government. My intention is this will be ready to go, operational, by 2020,” Mr Hanson said.

“Canberrans have had a degrading health system, some of the worst statistics in Australia, for long enough. It’s time to fix it.” 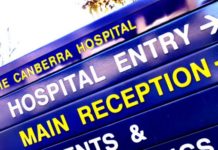