Dolly, the world’s most famous and controversial sheep, was born twenty years ago – on July 5, 1996 to be precise. She was the first mammal to enter the world following a process of reproductive cloning, making the event a spectacular scientific breakthrough.

To create Dolly, researchers at the Roslin Institute in Scotland employed a technique known as somatic cell nuclear transfer (SCNT). With SCNT, DNA from the nucleus of an ordinary cell – obtained from anywhere in an animal’s body – is transferred into an enucleated oocyte (egg cell), typically from a different animal.

In Dolly’s case, her DNA came from one sheep’s mammary cell; it was implanted into an egg from another sheep; and the resulting tiny biological entity was implanted into the uterus of yet a third sheep, where it grew until birth.

The result of SCNT is a creature with almost the same genetic potential as the one providing the nuclear DNA. SCNT is thus a powerful, and often effective, form of animal cloning.

Dolly is born! Announcement and reaction

Subsequently, in February 1997, Ian (now Sir Ian) Wilmut and his research team at the Roslin Institute in Scotland announced Dolly’s birth in the prestigious science journal Nature. This provoked political and ethical debates about that have never stopped (though they slowed down during the early years of this century, as new issues such as jihadist terrorism began to dominate the headlines).

The announcement – with a description of the method used to bring Dolly into existence – triggered a feverish worldwide response because of the possible implications for human cloning. It was immediately obvious that SCNT could, in principle, be used to create human babies. Across the world, many countries banned human cloning – often with significant punishments, such as lengthy jail terms, even for attempting such a thing.

The case against cloning

The actual arguments against human cloning are extremely varied, and I cannot elaborate them all here. (I go into more of them, and in far more depth, in my 2014 book, Humanity Enhanced: Genetic Choice and the Challenge for Liberal Democracies_).

One common claim is that bringing children into the world in this way is somehow a violation of the natural order, or of human dignity; or perhaps it would be an act of “playing God”. Unfortunately, it can be very difficult to pin down precisely what any of these claims really mean in the context of bioethical debate. I am, for example, sceptical about the existence of anything that can correctly be called “human dignity”.

Some critics fear that children created via SCNT would be subjected to unfair expectations of duplicating the talents and achievements of whoever provided their nuclear DNA. Sometimes the critics speak in terms of the autonomy of the child being violated, diminished or denied, although it can be very difficult to spell out exactly what this amounts to. In Humanity Enhanced, I challenge the idea that children conceived through SCNT would have their autonomy violated – or would somehow lack or lose autonomy – in any sense inapplicable to “ordinary” children.

Some critics worry about a larger social effect, or even an effect on our species, if cloning restricted the diversity of children being born (perhaps because parents and doctors might look for donors with a narrow range of characteristics, such as possessing high intelligence and meeting certain standards of physical beauty).

Yet other arguments acknowledge that reproductive cloning in itself might not have a great social or species-wide impact; however, it’s claimed, cloning could place human societies on a slippery slope toward accepting even more radical technological interventions such as genetic engineering of human traits. On one version of the argument, this would, in turn, set us upon a path to unequivocally horrible social outcomes. Thus cloning supposedly confronts us with a slippery slope to another slippery slope … which seems like a tenuous style of argument.

Though some of these fears may have an element of truth, they are all exaggerated. In my view, which I’ve defended in Humanity Enhanced and other publications, human cloning would not be a seriously worrying action if we could carry it out safely.

To some extent, however, all of this is moot. Over the past twenty years, we have enjoyed success in cloning many mammalian species, but no one has cloned a human being. Indeed, we have been frustrated in efforts to clone other primates such as apes and monkeys.

In the upshot, human reproductive cloning is not yet feasible, and indeed there’s no current prospect that it could be carried out in effectively and safely in the foreseeable future. Even if we did conceive a human embryo through SCNT, and we then managed to bring it to term, the odds are very high that the result would be a seriously deformed child.

That’s a good pragmatic reason not to make attempts until we know a lot more, and even then we’d need to have developed the technology to a point where we are about as likely as with ordinary births to end up with a healthy baby.

I don’t rule out that someone might accomplish this technological feat one day, but, once again, there is no sign of it happening. Nor is it what SCNT research is really about from the point of view of reputable medical researchers. The real action is with what is known as “therapeutic cloning”. Allow me to explain.

By contrast, the expression “therapeutic cloning” refers to the creation of human embryos by SCNT for some other purpose, such as for biomedical research or for harvesting cells or tissues to be used in therapies.

Although some ethical issues are raised with therapeutic cloning – including a concern that the associated research destroys human embryos – the idea has been obtaining legal acceptance in some countries, usually subject to tight government regulation. If we start to see impressive results from therapeutic cloning, with new therapies emerging from the research, I expect that it will eventually obtain the same wide acceptance that IVF – in vitro fertilization – now enjoys in Western countries.

Two decades later, I’m not sure that the ethical arguments advanced for and against human cloning are greatly different from those we saw back 1997. However, the early debate was very one-sided. The initial response to the dramatic Nature article by Wilmut et al. was largely one of fear, with too little rational reflection. Since then, the fear-mongering has partly died down, but not before a great deal of draconian legislation was enacted across the world. Little chance was given for calmer voices – or any dissenting voices – to be heard before governments took action.

At this stage, as it seems to me, calmer voices have won the academic debate. There is a strong sense, within the field of secular bioethics, that the early arguments against human reproductive and therapeutic cloning were flawed. However, dissenters lost the political debate almost before it began. Politicians, journalists, many academics, and the general public in our Western liberal democracies greeted the very idea of human cloning with disgust. In response, highly illiberal laws were enacted without due consideration of the issues.

But more reasonable people are slowly winning back the central political ground, gradually making the public case that technologies based on SCNT may bring many benefits. That, perhaps, will be the story of the next twenty years.

Russell Blackford is affiliated with the Institute for Ethics and Emerging Technologies. 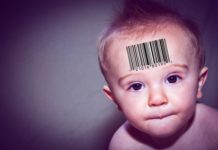 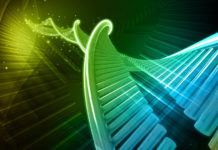 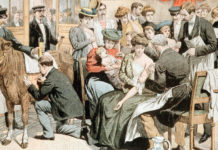 Vaccines have been a political flashpoint for more than 200 years