It’s not just flashing across our screens on Tour de France riders, it’s everywhere, so what lies behind its success?

Rio de Janeiro: Richie Porte’s Olympics are over, spoiled by a broken shoulder blade sustained in a road race crash that has ultimately ruined the Australian star’s hopes in two events and landed him in a Rio hospital, partially immobilised.

Fifth in last month’s Tour de France, Porte overcame two earlier stops with mechanical problems and looked poised to be in medal contention before falling foul, mid-descent, with just 35km of a 237.5km route to complete. 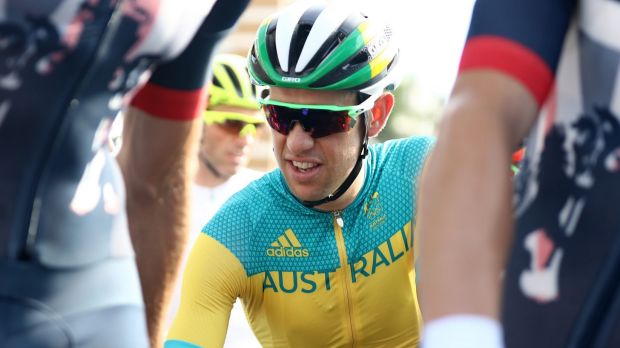 Writhing with pain and shaking his head, Porte was taken from the course in an ambulance unsure how many fractures he’d sustained but in no doubt he’d be unfit to compete in Wednesday’s time trial.

He was later diagnosed with a fractured right scapula, contusions and bruising and said: “I’m bruised and battered and sore and I’m disappointed but lucky I’m not worse off.

“I won’t be able to ride for at least ten days, my arm is in a sling and I can’t really move my arm.”

Porte’s fall was softened to a degree by a net on the side of the course. At high speed, the Tasmanian was caught up behind another rider who had crashed, and he had nowhere to go.

“It was fortunate a tree stopped me from going over the side…I hit it with a fair bit of speed,” Porte said after being treated.

Australia qualified for two entries in the time trial but one will now go unused.

“Richie actually made the joke as he was lying there in the gutter…in a lot of pain, ‘Macca’, he said, ‘I don’t think I’m in for the time trial’,” Australian coach Brad McGee said on the finish line that only one man from the starting green and gold quartet crossed.

“It looks like the collarbone is done, maybe something around his ribs but he didn’t lose consciousness, he’s in good spirits but obviously in a lot of pain and we’ll have to check him out. There’s definitely a few breaks in there somewhere.

“You’ve got to take your hat off to him.. all day and this whole campaign he’s just been in a really good place; a bloke that you want to put a medal around.

It looks like the collarbone is done, maybe something around his ribs but he didn’t lose consciousness.

“Limited as we were in firepower the boys did exactly what was needed and he was there ready to shine. So where would he have ended up? We don’t know. But it’s definitely disappointing.”

The exhausted bronze medallist was Poland’s Rafal Majka (+0:05) who raced off the front throughout the day that featured multiple crashes and even a precautionary bomb squad explosion of a suspicious article left near the Copacabana beach finish line.

Of the Australian quartet picked for the highly taxing and technical course, only fairytale entrant Simon Clarke finished – in 25th place.

The Victorian won a late call-up for his Olympic debut after Simon Gerrans broke his collarbone in last month’s Tour de France.

Mountain biker Scott Bowden, who will race again Sunday week, pulled out with Dennis – after about 130kms – a move McGee planned once the pair assisted Clarke with preliminary grunt work designed to deliver Porte to a winning position.

“He was definitely in the zone today and we look forward to that on Wednesday…he went to the maximum that I would allow him and he gave it everything.”

The course troubled the very best with pre-race favourite for gold, Chris Froome, requiring a bike change in just one of many hold ups for riders.

Twelfth across the line, 29 seconds behind his British teammate Geraint Thomas, another whose day was marred by a heavy fall,  Froome will now have his eyes set firmly on the individual road time trial.

Italian Vincenzo Nibali was another medal favourite who wound up a casualty, crashing on the final descent for the day just when he was taking control with Majka and Sergio Henao, a Columbian whose good looking designs on a medal also came abruptly unstuck.

“It was just a super race of attrition and I think as a team, until Richie had his mishap, we were positioned perfectly,” Clarke said.

“We were definitely in a commanding position and the way Richie had been climbing in the Tour de France in the last month I definitely think he would have been up there with Nibali and the guys that were up the front in the final climb. It’s just so unfortunate it turned out the way it did.

“The crash that happened on the descent was nothing to do with road quality, they were just going too fast and someone came unstuck in front of him.”