New research has found a commonly used method of preventing early or preterm birth (delivery of a baby before 37 weeks) may in fact be causing more to occur, and leading to further problems.

The “cervical cerclage” is a surgical procedure involving stitching the neck of the womb (the cervix) closed in pregnancy. The cerclage stitch prevents preterm birth as it provides support to a weakened cervix.

This prevents the cervix from opening too early in pregnancy, and also acts a barrier, protecting the baby from vaginal infection.

Some two million cervical cerclages are performed annually to prevent preterm birth. Worldwide, 80% of doctors use a tape-like braided suture material for the cerclage stitch. A minority of doctors use a thinner “monofilament” material (like fishing line), although until now there has been no evidence to support this alternate practice.

Our study looked back at pregnancies across ten years at five United Kingdom university hospitals. Comparing the two suture materials, we found rates of stillbirth were three times higher in women who had a braided rather than monofilament cerclage, as were rates of preterm birth – 28% in women with braided suture compared to 17% with monofilament.

While larger studies will be required to replicate our findings, we estimate switching to the thinner monofilament thread for all cerclage procedures in the meantime could prevent 170,000 premature births globally every year, and 172,000 stillbirths across the world.

To investigate why preterm and stillbirth rates were higher in women who had a braided cerclage, vaginal fluid was sampled from high-risk women receiving either a braided or monofilament cerclage in pregnancy. At the same time, ultrasound scans were performed to see how the cervix was affected by the different suture material types.

Using lab-based techniques to assess the bacteria in the birth canal – called the microbiome – we revealed the traditional braided suture material caused a five-fold increase in abnormal and potentially harmful bacteria during pregnancy.

In contrast, the monofilament suture maintained high amounts of good lactobacillus bacteria in the vagina, throughout pregnancy. We also noticed this overgrowth in bad bacteria observed in the braided suture material was associated with an increase in potentially harmful levels of inflammation as well as abnormally early changes to the cervix, detected by ultrasound scan.

There is now strong evidence that infection is an important cause of the cervix opening too early in pregnancy, which results in preterm birth. The cerclage, the thicker woven structure of the braided thread, shown to encourage the growth of dangerous bacteria in our study, may increase the risk of adverse pregnancy outcomes in certain women.

Importantly this study finds this overgrowth of harmful bacteria was not observed in the thinner and simpler structure of the monofilament.

Preterm babies are therefore at significant risk of longer-term brain damage as well as learning difficulties, blindness and deafness.

Some babies are so unwell they may not survive the stress of prematurity, with preterm birth being the largest single cause of death in children under the age of five.

Preterm birth places major strain on families coping with the substantial emotional and financial health care costs of medical problems resulting from being born too early.

Caring for a premature baby in a neonatal intensive care unit costs an estimated GB£317,166 (A$555,000) per night in the UK, and many preterm babies are admitted for weeks and even months. In the United States preterm birth is thought to cost more than US$26 billion every year.

Despite a significant increase in research focused on preterm birth over the last 20 years, rates remain largely unchanged. The major priority in tackling this important condition is in understanding how to prevent preterm birth in women at risk.

Lindsay Kindinger does not work for, consult, own shares in or receive funding from any company or organisation that would benefit from this article, and has disclosed no relevant affiliations beyond the academic appointment above. 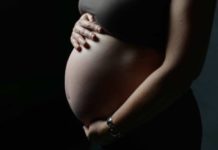