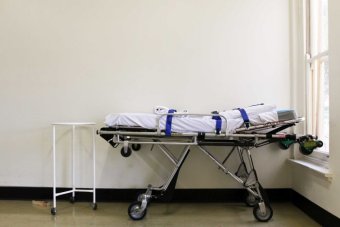 The union for allied health workers has reached an agreement with Victorian Hospital Industrial Association over its long-running pay dispute just hours after staff walked off the job.

Those affected include radiographers, physiotherapists, occupational therapists, and radiologists.

Under the new deal, staff at public hospitals will receive a 12.5 per cent pay rise over the next four years.

The union, the Victorian Allied Health Professionals Association, said it would also see the end of junior staff doing the work of medical specialists.

It had been negotiating a new enterprise bargaining agreement with the industrial association since December last year. It will need to be signed off on by the Victorian Government.

The sticking point had been the use of “advanced practice work”, where hospitals employed junior staff to do the work of medical specialists, in order to cut waiting lists.

VAHPA said the work raised questions about standards of care and appropriate pay.

The union met all day Wednesday with the State Government and another emergency meeting was held earlier today.

The union’s Craig McGregor said before the deal was struck that patient care was being put at risk.

“What’s happening at the moment is the Government are using junior allied health professionals to do the work that until recently that was done by senior medical personnel, by neurosurgeons, by orthopaedic surgeons, to reduce waiting list times,” he said.

“We need them to realise they are saving a truckload of money by using allied health professionals to do this instead of senior medical personnel, and that is a huge productivity gain.”