Home Research Medical Research New dementia app helps memory loss patients find memories
Share on Facebook
Tweet on Twitter
People suffering from Alzheimer’s and other forms of age-related dementia sometimes have trouble recognizing friends and family or knowing what to talk about when they visit. A new app created by a group of Cornell students offers to help patients stay connected to their memories — and thus to their friends and family — and perhaps will even help them keep a conversation going.

“We found that each one of us at some point of time had interacted with people who suffer memory loss,” Venkataramaiah said. “We thought we should build something that would help bring back memories.”

The app is installed on the phones of the patient and friends, family and caregivers. Using GPS tracking and a connection to the cloud, the app can flash an alert to the patient when one of the group members is nearby. The phone tells the patient who is approaching and his or her relationship to that person, and it displays a slideshow of previously uploaded pictures. If the patient receives a text or phone call from someone registered in the app, a screen pops up with similar information.

“In anyone with a memory loss the first thing you do is to show them pictures and see if they are able to get back the memories,” Venkataramaiah explained.

Once a conversation begins, the app can assist with reminders based on stored facts and previous conversations, perhaps suggesting questions to ask based on information it has about life events.

The app was developed, Venkataramaiah said, after about a month of consultation with people who have friends or relatives with dementia. Some of those people tried out early versions and came back with suggestions for additional features.

The developers plan to apply natural-language processing techniques on the patient’s speech patterns to predict what the patient might say next.

Also planned is a feature that would remind the patient of important life events with a “Call this person” suggestion.

Caregivers can send reminders to take medicine, make phone calls or complete particular tasks, and they can use the GPS feature to locate the patient.

Remember Me! is currently an Android app, with an iOS version in development. The team is planning to spin their work off as a startup and is exploring funding options. A commercial launch is being considered for August.

Venkataramaiah is now a software development engineer at Microsoft. Kumkar and Pujeri work at Oracle; Shivananda and Shah are at Amazon.

The above post is reprinted from materials provided by Cornell University. The original item was written by Bill Steele. Note: Content may be edited for style and length. 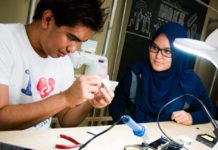 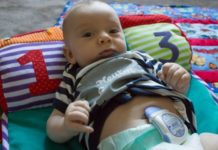