Cases of a flesh-eating ulcer that can lead to limb amputations are at record levels in Victoria, with the disease spreading from coastal towns to inner Melbourne.

The number of Buruli ulcers, thought to be spread by mosquitos, has more than tripled in five years.

Cases of a flesh-eating ulcer have jumped to record levels and are on Melbourne’s doorstep, medical experts say. Vision courtesy Seven News, Melbourne.

If left untreated, they can cause extreme pain as the bacteria chews through skin and capillaries, all the while suppressing the immune system, leading to gangrene.

Also known as the Bairnsdale ulcer, the disease was first recorded in the East Gippsland town in the 1930s, but has more recently been seen on the Mornington and Bellarine peninsulas. 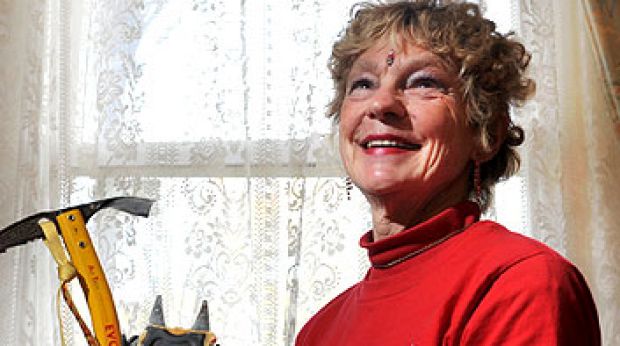 As the number of cases has swelled from 32 in 2010 to 106 in 2015, it has moved in as far in as Melbourne’s south-east suburbs, including Bentleigh, Hampton and Cheltenham.

Paul Johnson, who is an expert on the ulcer, officially called mycobacterium, said the amount of cases were “rapidly increasing”.

“It’s moved, for reasons we don’t understand, and it’s setting up shop in Melbourne,” the Austin Hospital professor said.

“Every year it seems to be establishing new pockets all the way round the Mornington Peninsula.” 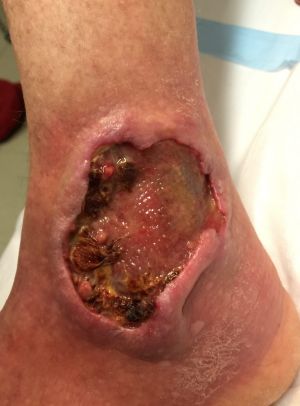 Jan Smith, who became the second oldest person to reach the top of Mount Everest in 2012, contracted the ulcer on her left foot while training to climb Mount Denali in Alaska, the highest peak in North America.

The Albert Park clinical psychologist is hoping to become the oldest person to climb the highest peak in each continent, together known as the Seven Summits.

But her dream was severely disrupted after the ulcer left her hospitalised and having to learn how to walk again.

Ms Smith believes it developed after she was bitten by a mosquito while gardening at her Rosebud holiday home in early April.

Two weeks later, when the bite had swelled to the size of double her foot, she went to the emergency department at the Rosebud Hospital.

“It just kept getting bigger and bigger,” she said. “It was bright red [and] like a sock full of fluid.”

The ulcer was incorrectly diagnosed as a soft tissue infection and, by early May, Ms Smith was in the Alfred hospital on an antibiotic drip for almost a month.

“I couldn’t sleep for the pain,” she said.

“I had a huge hole in my foot. My husband said ‘I want to throw up because I see your bone’. It’s a very devastating thing.”

Ms Smith was eventually allowed to go home with a drip, but couldn’t get upstairs to her bedroom and had to use a reaching aid as moving in any direction hurt.

As the ulcer continued to worsen, her calf muscles grew weak and her spine was thrown out of alignment.

Ms Smith was even warned she could lose her foot such as is seen in Africa where the ulcers have led to amputations.

“I began to think I might never climb again,” she said.

The ulcer didn’t begin to heal until it was correctly diagnosed and she was given the right antibiotics more than a month after first seeing a doctor.

Ms Smith was sent to see Prof Johnson, who stresses that if picked up early, the ulcers are easy to treat and often don’t become bigger than a pimple.

He said a small number of GPs were diagnosing most cases, but that more awareness of the ulcer was needed as it spread so that cases such as Ms Smith’s didn’t occur.

He said researchers believed the disease was most likely spread through mosquitos, however, it was possible possums also played a part in moving it through the state.

Victoria is the only non-tropical part of the world where the ulcer is detected, with much smaller amounts recorded in Far North Queensland.

Ms Smith will probably require plastic surgery on her foot, but is still aspiring to climb Mount Denali having kept the same mindset necessary to achieve such incredible feats.

“I’m just always looking for the positive signs,” she said. “It’s a bit like mountaineering, it’s one step at a time.”

Recorded cases of the Buruli ulcer in Victoria:

How to avoid the Buruli ulcer: 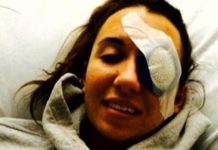 Possum faeces may cause flesh-eating ulcers in humans