The Wesley Hospital in Brisbane has confirmed it had an incident a decade ago involving contractor BOC.

BOC has been criticised for its role in an oxygen mix-up that led to the death of a newborn baby at Sydney’s Bankstown-Lidcombe Hospital.

The ABC understands that in the Brisbane case, in 2005, a contractor crossed oxygen gas lines for a new neo-natal room with a carbon dioxide line for surgical equipment in a nearby operating theatre.

The ABC understands an internal investigation was done at the time.

This week Wesley Hospital said it was not able to locate the investigation report but confirmed an incident occurred.

A hospital spokeswoman said no patients were affected by the error.

“The hospital can confirm that an incident occurred in October 2005 during a building project that involved the installation of gas lines by a sub-contractor,” she said.

“The incident was addressed at the time by the building contractors with limited disruption to hospital activity and no patient involvement.”

The New South Wales Government has stopped using BOC for gas works after a newborn died and another sustained suspected brain damage.

The babies were mistakenly given nitrous oxide, known as laughing gas, instead of oxygen from a gas line installed in the birthing suite.

A hospital engineer has been stood down and NSW Health Minister Jillian skinner said every medical gas outlet installed in NSW Health facilities over the past five years would now be checked.

A spokeswoman for BOC said the Queensland connection error was identified and resolved before the hospital’s nursery room was commissioned for use.

“At no stage was a nursery room in Wesley Hospital, Brisbane, commissioned for use with incorrect medical air and oxygen gas connections,” she said.

“No patients were impacted at any time.”

The company has denied any failure to adhere to standard procedures.

“The final commissioning process was conducted by both BOC and Wesley Hospital in accordance with the relevant Australian Standard on the same day the error was identified and resolved.” 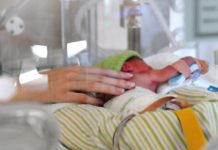