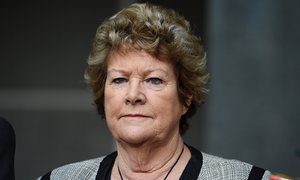 The investigation into a fatal oxygen mix-up at Bankstown-Lidcombe hospital has resulted in New South Wales Health dumping the company charged with installing gas pipes in the state’s hospitals.

A baby boy died and a newborn girl suffered suspected brain damage after they were mistakenly given nitrous oxide, or “laughing gas”, instead of oxygen at the hospital in June and July.

A hospital engineer involved in commissioning the gas outlets has been stood down, the state’s health minister, Jillian Skinner, confirmed on Tuesday, and the industrial gas contractor BOC Limited would no longer be used for installing, commissioning or testing works at public hospitals.

“I believe that we will find that BOC, who was responsible for the commissioning and installation of the line, along with a hospital engineer in the first instance, will be found to be involved,” Skinner said as she released the interim findings of an investigation.

The report found the affected pipe was installed and certified by BOC in July 2015 after an oxygen bottle ran out while a baby was being resuscitated in January 2014.

But BOC said the original installation of the pipes was not conducted by its contractors.

“It was found during an inspection by police, hospital staff and BOC that both the medical oxygen and medical nitrous oxide pipelines were incorrectly labelled prior to BOC’s work being undertaken at the hospital in July 2015,” it said.

“Regardless of the outcome of any investigations, BOC will be increasing the level of testing in every new medical gas pipeline installation above and beyond the requirements of the Australian standard.”

The report has not yet identified whether any other hospital managers or staff contributed to the tragedy.

“There needs to be statements collected, cross-verification of those, in terms of who else was involved, what assumptions were underpinning the sign-off form, what people understood they were signing off, as well as the role of BOC in terms of the testing and commissioning,” the report’s author, chief health officer Dr Kerry Chant, said.

She denied the hospital engineer was being used as a scapegoat and said the full investigation and coronial inquest into the newborn boy’s death would be “thorough” and “methodical”.

The bungle was discovered two weeks ago after a paediatrician raised concerns about baby John Ghanem’s death on 13 July.

Checks on records of the 36 babies born in the hospital’s theatre since July 2015 have found no others were given the wrong gas.

The lines that delivered the nitrous oxide would be removed while investigations continued, Skinner said.

Every medical gas outlet installed in NSW Health facilities over the past five years is also being checked and any future upgrades in public hospitals will require independent verification.

Skinner meanwhile dismissed calls for her resignation, arguing she was adequately “taking responsibility for the flow-on” from the incident.

The full report on the internal investigation is due to be completed by 25 August.