The technology has been used for scientific research at Sydney’s Garvan Institute but is now going to be available outside the laboratory.

Australia is the only place in the world apart from the United States to offer the test, where a patient’s entire genome can be sequenced at once.

“The more we understand about the whole genome, the greater our ability is to make life-changing diagnoses for genetic conditions and help patients receive the right treatment faster,” Professor John Mattick said.

Hundreds of thousands of Australians are born with genetic conditions, but many conditions are so rare, they can be extremely difficult to diagnose.

The whole genome test is still done with a simple blood test but it is the speed and the scope of the test which makes it so unique.

But Professor Mattick stressed the test would not be available to everyone.

“We wanted to focus on the population who really will benefit very quickly from this test,” he said.

“We’re focusing initially on the area of real unmet need and that is that significant number of Australians who are affected by genetic disease and who lay undiagnosed, giving those individuals and their families a diagnosis gives them closure about the cause of their problem, gives their treating physician information that can help and some cases transform their lives.”

Patients seeking a diagnosis would be referred to a clinical genetic service and get a blood test.

The sample would sent to the Garvan where it would be used to sequence the patient’s entire genome.

Garvan scientists will then analyse the data to determine precisely what condition the patient has.

Dr Marcel Dinger, head of Garvan’s Kinghorn Centre for Clinical Genomics, said the new technology would take a lot of the guesswork out of genetic diagnosis.

“Instead of just looking at one gene at a time which is how the other tests used to work, this looks at the entire genome in one go,” he said.

“It used to take years to get a diagnosis for a genetic or rare disease and now we’ll get a result in just eight to 12 weeks.”

The Garvan said the new service could triple the diagnosis rates for Australians living with rare and genetic conditions from around 20 per cent to up to 60 per cent.

‘We finally had an answer’: mother

It causes seizures, lack of muscle control and intellectual and physical developmental delays.

They were diagnosed in February after Garvan sequenced their genomes as part of a research project.

Their mother Danielle Williams said initially she felt overwhelmed once she could finally name her daughters’ condition.

“We finally had an answer,” she said.

Abbey Brimble, 12, went to dozens of doctors and had countless tests but her genetic disease remained undiagnosed.

The uncertainty took its toll, according to Abbey’s mother Nichole Brimble.

“You build your hopes up and then all of a sudden, they’re dashed again a few months later and emotionally you’re back to where you were when she was six months old,” Nichole Brimble said.

She suffers constant seizures and as a result, experienced delayed physical and intellectual development.

“Abbey’s always been a mystery to both her doctors and to us and so getting a diagnosis would mean hopefully we could touch base with other people who have the same genetic disorder,” Ms Brimble said.

“That way we can maybe find out what to expect for her in the long term health wise.” 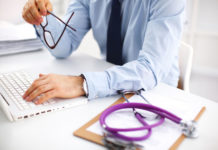