Over the course of a single year, three of Phoebe’s friends died of HIV-related complications. They were all trans women who had made conscious decisions not to take medication to manage their HIV.

Phoebe, a trans woman who is HIV-negative, says their decisions to forgo life-enhancing medication were largely due to stigma. They wanted to avoid the judgment of medical professionals, peers and a society that see both HIV-positive status and transness as worthy of shame, ridicule and — sometimes — violence.

“With them, they let [the stigma] control their life, period,” she says. “Snuffed them out.”

In a new video series titled “Empowered: Trans Women & HIV,” the Kaiser Family Foundation’s Greater Than AIDS campaign brings together a group of six trans women — including Phoebe — to share their lived experiences with HIV and AIDS.

Through individual video profiles, the group — some of which live with HIV and others who do not — talks about how they’ve personally related to the virus.

The series also features a roundtable discussion among the women on the politics of diagnosis, disclosure and discrimination. The campaign premiered Sunday at the International AIDS Conference in South Africa.

Greater Than AIDS launched in 2009 by the Kaiser Family Foundation in collaboration with the Black AIDS Institute. The goal is to educate and confront the stigma surrounding HIV and AIDS.

The “Empowered” series is the campaign’s latest effort, hoping to highlight the need for inclusive and affirming health care for trans people — especially those who are HIV-positive.

“This campaign is a wake-up call to the health care community about the need for gender-affirming care and services when it comes to addressing the high rates of HIV among trans women,” Tina Hoff, senior vice president of media partnerships and health communications at the Kaiser Family Foundation, said in a release. “Preventing and treating HIV should not stand in the way of living as one’s true authentic self.”

The conversations featured in the series are honest and deeply intimate, ultimately calling for a more inclusive conversation around HIV status that’s inclusive of trans identity. These women touch on everything from the pressure to engage in DIY hormone replacement therapy while HIV-positive to the lack of knowledge around PrEP, or pre-exposure prophylaxis.

Although trans women are some of those most at-risk for HIV, they are also largely ignored in conversations around prevention. The CDC estimates that more than 1 in 4 trans women in the United States are living with HIV. And the risk is even higher for black trans women, more than half of whom live with the virus.

“In my own community, the conversation isn’t happening,” Phoebe says. “To be black and trans — knowing we are disproportionately affected by HIV — and for people to still think that it’s not a necessary conversation is completely crazy.”

“I am a transgender woman. I am so proud to say that.”

Many point to unsafe sexual practices in sex work as contributing to the epidemic. Rates of sex work for economic survival are high in the trans community due to legalized employment discrimination and general social bias. In a recent study by the National Center for Transgender Equality, more than 15 percent of trans sex workers surveyed reported an HIV infection, while only 1.2 percent of trans people who did not participate in sex work reported being positive.

Phoebe, who has a history of sex work like several other women featured in the series, says that within the community of trans women, conversations around HIV tend to shame those in sex work as “less than” those who are not.

“From the mind of someone who has been a sex worker … I did not want to hear anything about STIs and HIV from someone who I knew thought they were better than I was,” Phoebe says in the roundtable discussion.

This, all the women agree, is a manifestation of stigma within the community itself — and it’s toxic in a moment when trans women need to uplift each other against HIV’s threat.

As the title of the campaign suggests, the effort hopes to empower trans women to take control of their sexual health — HIV-positive or not — in a world that isn’t entirely welcoming to their gender or open about HIV. Overall, the women in the series call for all trans women to embrace and advocate for each other, while demanding that the medical community and society hear their needs and value their stories.

“This is who I am,” says Victory, an HIV-negative trans woman featured in the series. “I am a transgender woman. I am so proud to say that.”

To learn more about the campaign, and the intersection of trans identity and HIV, visit here.

Editor’s Note: The last names of the women featured in the campaign have been omitted by Greater Than AIDS and Mashable to protect their privacy. 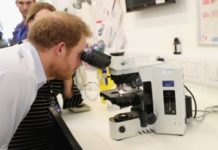