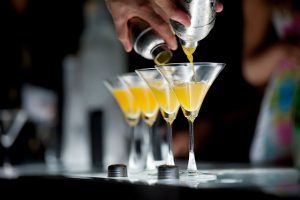 You’ll be tempted to put your happy hour plans on ice after reading today’s alarming news stories about alcohol consumption, which claim that “even low to moderate amounts” of booze are now proven to cause cancer.

But you should raise a glass anyway, because it appears the editors on these stories have all had one too many.

Christopher Snowdon, writing at The Spectator, explains what’s wrong with stories about this “study” — and that’s that there was no “study.”

The study was published in the journal Addiction and the only problem with it is that it isn’t a study. It’s a comment piece. It doesn’t contain any new research, nor does it contain statistical analysis of previous research. It’s not a meta-analysis or a systematic review. It is a short essay in the ‘For Debate’ section of the journal in which one woman gives her opinion about whether correlation equals causation when it comes to the epidemiological evidence on alcohol and cancer.

To clarify: There’s no news here. No study. No reason for anyone to think alcohol is any more dangerous today than we thought it was yesterday.

What we have is a scientist making an argument that, based on existing observational studies, there’s enough evidence to conclude that alcohol causes specific types of cancer.

It’s an interesting argument. And you are entitled to agree with that opinion or disagree with it. But you are not entitled to label the opinion a “study” or a “meta-analysis” and cite it as new proof that alcohol causes cancer.

As Snowdon correctly points out, the issue here is not whether alcohol does or doesn’t cause cancer but how the news media reports on the question.

How have we got to the stage where the opinion of a single academic from New Zealand, writing in the commentary section of a specialist journal, becomes front-page news for two British newspapers? How can these newspapers justify describing an op-ed as a ‘study’ and someone’s subjective view as ‘proof’?

But Snowdon himself is wrong to suggest that health care news has sunk to some kind of new low with this story. Journalists have been reporting on studies that don’t exist for years now.

Kevin Lomangino is the managing editor of HealthNewsReview.org. He tweets as @KLomangino.