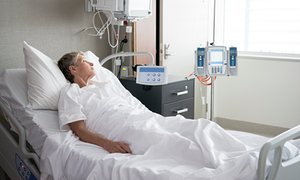 Constraining healthcare costs will be vital as the population ages, with the number of people over 65 forecast to increase from three million in 2013 to eight million in 2053. Photograph: Johnny Greig/Getty Images

Patients are being left in the dark about the cost and quality of healthcare services and forced to rely on referrals without proper information to compare services, the chief executive of the Council on the Ageing (Cota) has said.

Ian Yates has also called for a re-examination of “futile” medical care for the terminally ill, increased use of preventive health measures and increasing the number of specialists, as other measures to combat costs.

Yates made the remarks ahead of a Cota policy forum on primary healthcare for older Australians in Canberra on Thursday.

Responding to reports that costs for some health procedures such as prostate surgery can vary by thousands of dollars depending on where a person accesses care, Yates told Guardian Australia “lack of transparency is not helpful”.

“There’s nowhere patients can go to find out and compare basic information like which heart specialists have a better quality rating and what the fee will be,” he said.

“People’s care is determined by referral networks where the consumer has to pick between this service or that one, without a discussion about the cost and quality.”

Constraining healthcare costs will be vital as the population ages, with the number of people over 65 forecast to increase from three million in 2013 to eight million in 2053.

The research director of the Association of Superannuation Funds of Australia, Ross Clare, who will present on the topic of how to afford healthcare, told Guardian Australia that without efficiencies, healthcare services would have to be further rationed.

“With increasing healthcare costs it is likely that there will be continuing pressures for limiting the growth in commonwealth and state payments.

“This will lead to rationing of publicly funded services and/or increased expenditure by individuals, including for private health insurance and to meet out-of-pocket expenses,” he said.

Clare pointed to increased waiting lists for procedures driving consumers to private health insurance as an example of the effect of such rationing.

Asked where savings could be found in the wake of increased healthcare costs, Yates said “we need to look for who in the system is making lots of money”.

“Is it right that specialists determine who gets to be specialist? Because the number they admit has a direct effect on the price.”

Yates said “the community should have more of a say” in how many doctors became specialists, to help lower prices.

He also identified “futile care” as a source of savings, saying that terminally ill patients were receiving “large treatments that will have no impact on extending their life and may even cause harm.”

“For example, there’s evidence that says if you’ve got a range of other conditions, you get terminal cancer and you’re 93, that treatment for the other conditions is no longer of any value and should stop, and yet it is ordered.”

Patients needed more information to determine whether they should continue care in those circumstances, he said.

Yates said the Cota policy forum would help identify how healthcare for the ageing could be more proactive and overcome the ageism of not undertaking preventive measures because health complications were seen as inevitable.

Healthcare should build capacity in older Australians, such as strength training which improved both aerobic fitness and helped prevent falls, he said.

Clare said superannuation had an important role in providing adequate incomes in retirement.

“The age pension alone will not allow individuals to afford private health insurance and out-of-pocket expenses for health and aged care,” he said.

Clare called for an increase in the superannuation guarantee to 12% and greater voluntary contributions to be able to afford healthcare. 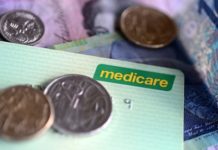