Four cases of measles among backpackers staying in Northbridge has prompted a warning to be alert for signs of infection by WA Health.

People may have been exposed to the highly contagious viral illness in pubs and nightclubs, supermarkets, pharmacies and other shops.

The department said the first traveller developed measles after a holiday in Bali, and three other backpackers contracted it, while there were two additional suspected cases.

The department said naturally occurring measles has been eliminated from WA for about 20 years but occasional cases and small outbreaks occur, associated with tourists or WA residents who are infected overseas.

Health Minister John Day said it was a reminder of the need to ensure that people were fully immunised.

“It really does make a big difference to preventing these sorts of diseases,” Mr Day said.

“Measles has been very rare over the last couple of decades in Western Australia and the fact there is an outbreak now is somewhat concerning, but it appears to have been imported from overseas.”

Complications following measles can be serious and include ear infections and pneumonia in about 10 per cent of cases.

Around 40 per cent of cases require hospitalisation and about one person in every 1,000 will develop encephalitis, an inflammation of the brain.

The department said anyone who developed a fever and any other symptoms including a cough, runny nose, sore red eyes and a rash, within two to three weeks of potential exposure to someone with measles, should consult their doctor. 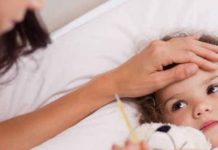