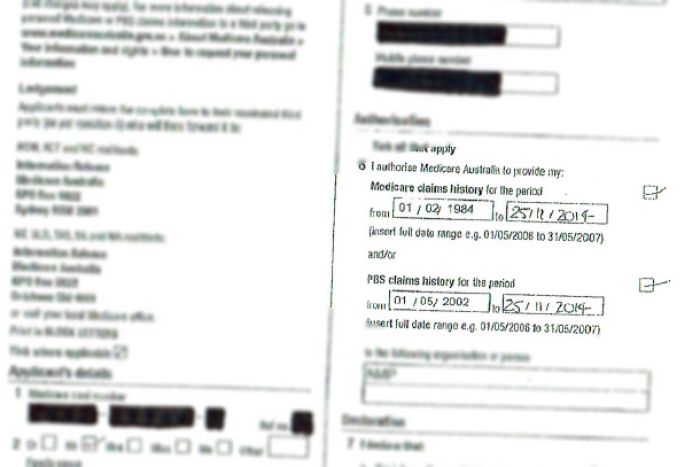 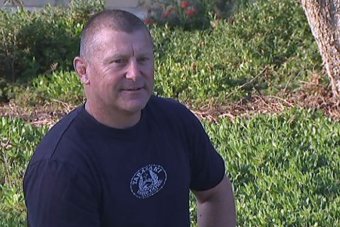 Insurance companies could be getting access to people’s personal Medicare billing data dating back to the early 1980s, in an attempt to deny people’s claims.

This billing information is used by insurers to suggest claimants did not disclose a pre-existing medical condition and deny their claim.

The anomaly was identified by West Australian man Shaun Salisbury who has been fighting his insurance company AMP over an income protection claim.

He has accused major insurers of gaming the Medicare system, to get easier access to data than individuals.

While sifting through his paperwork, Mr Salisbury discovered that when he signed a waiver to allow AMP to access to his Medicare data, they had pre-filled the form to read “1984”, the year Medicare began.

They had also pre-filled the form to the start of the Pharmaceutical Benefits Scheme, which was in 2002.

It directly contradicted the Government’s own wording on the Medicare waiver document suggesting the agency could only go back five years.

It has angered Mr Salisbury, who applied for the same historical information about himself and was told he could only get up to five years’ worth of data.

After many phone calls, he was told how to apply for records dating back to 1984 but has yet to have this request filled.

“It’s been very frustrating,” he said.

“The public do need to be aware that third-party and insurance companies are using this as an investigation tool to dishonour claims.”

Ultimately, Mr Salisbury got a copy of what Medicare sent to his insurer, including data going back to 1984, but said he was still waiting for his own copy.

He said Mr Salisbury’s case further highlighted the need for a code of practice in the life insurance industry, which includes income protection.

“There’s a lot of unfairness in the current system,” he said.

“There is a code of practice being worked on at the moment and we desperately need it.”

In a statement, a spokeswoman for Medicare said it did not give preferential treatment to companies or individuals.

She said Mr Salisbury had signed the form, giving his insurer access to the data.

The timeframe to release data to insurers and individuals was the same.

The spokeswoman said Medicare was reviewing its waiver form so that it “more clearly reflects what Medicare records may be requested from the department”.

Mr Salisbury said it would be ridiculous for an insurance company to suggest a person had failed to disclose a pre-existing medical condition based on a billing for a test or a procedure decades prior.

“If you can remember 32 years’ worth of your medical history, you’ve actually done very well.”

Mr Salisbury said during his inquiries, he discovered that Medicare billing information going back beyond five years was previously only released in “exceptional circumstances”.

But he said staff told him that insurers inundate Medicare offices with so many requests that information was released without checking whether requests met exceptional circumstances criteria.

The Government said after changes to the Privacy Act in 2014, it no longer applies an exceptional circumstances test.

A spokeswoman for AMP said they only collected customers’ information with their consent and on a reasonable basis.

“So we can assess and pay genuine claims as quickly as possible, at claim time, we request a customer’s authority gather Medicare records back to 1984,” she said.

“When it comes time to actually request records from Medicare, we will only request they provide five years’ of records, unless there is a particular circumstance that would warrant us going back further.”