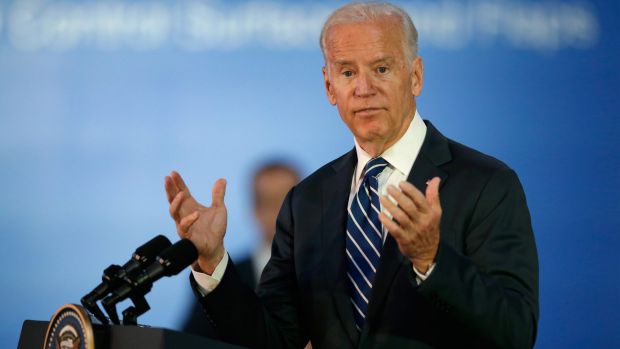 US Vice President Joe Biden speaks in Melbourne on Monday. Photo: Darrian TraynorScientists from the US National Cancer Institute will work with two Sydney-based research organisations on the “Cancer Moonshot” initiative, announced by US President Barack Obama in January this year, which aims to accelerate cancer research.

US Vice President Joe Biden signed a Memorandum of Understanding with NSW to allow the collaboration during his visit to Sydney on Monday. 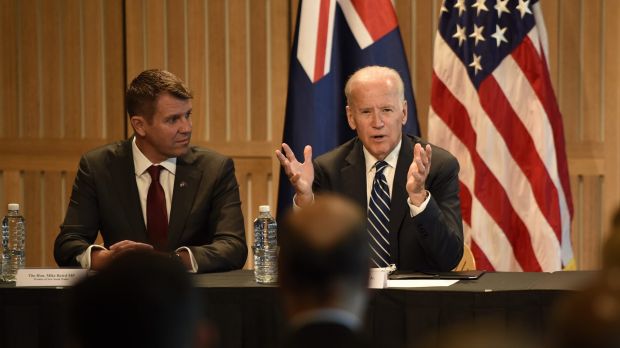 Mr Biden, pictured with Mike Baird, signed a deal for the United States to collaborate with NSW on cancer research. Photo: Wolter PeetersIt is hoped the agreement will hasten the discovery of “new anti-cancer agents” and enable faster detection of childhood cancer.

Greater medical collaboration was identified as one of the key aims of Mr Biden’s four-day trip to Australia, as well as highlighting the military alliance between the two countries.

NSW Premier Mike Baird welcomed the partnership, saying his state has much to offer the world in the fight against cancer and will ensure research is translated into patient care.

“This agreement will allow us to share our advances in cancer research, with the aim of preventing, controlling and managing the disease,” Mr Baird said.

Under the agreement, the state government will give $6 million to a joint project run by the Children’s Medical Research Institute at Westmead and the Garvan Institute of Medical Research, based at Darlinghurst in inner Sydney.

Both organisations focus on advanced programs which the US has identified as priority areas in cancer research.

The new alliance comes after Mr Biden called for a “team sport” collaboration in the fight against cancer in Victoria on Sunday, where he announced the US will sign a deal to share 60,000 patient records with Australia to study the genetic makeup of different types of cancer.

Mr Biden said the loss of his son Beau, who died of brain cancer in 2015, brought home the urgency of sharing as much information as possible in what can quickly become precious time.

A Joint Steering Committee will be formed and will meet at least once a year to oversee the Memorandum of Understanding and the research it produces.