Prince Harry has undergone an HIV test, broadcast live on Facebook, in a bid to help destigmatise the disease and the testing process.

The Prince, admitting he was anxious about the test, said he was amazed at how quick and easy it was.

A small sample of blood was taken from Prince Harry’s finger at the Guys and St Thomas Hospital before an HIV ‘instant test’ was carried out in front of him, which can give an indication of whether the disease may be present in about one minute.

“Even though I’m not from this part of London, or being the person that I am and the people that I end up being around, I’m sitting here and I’m still nervous.” Prince Harry said.

The Prince was given a clean bill of health, but pointed out those who are found to be HIV positive can still lead normal lives. 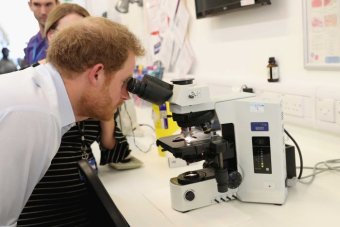 Photo:Prince Harry looks through a microscope at a sample of gonorrhoea as he visits the Burrell Street Sexual Health Clinic in London.(Reuters: Chris Jackson)

“If it is [positive], it’s a series of events that ends up with me having to take potentially one pill a day for the rest of my life, continue to have a partner,” he said.

Ian Green, chief executive of the Terrence Higgins Trust, an AIDS and HIV charity, said the decision to broadcast the event was “a groundbreaking moment in the fight against HIV.”

“Not only does it show His Royal Highness’s genuine and personal commitment to tackling the HIV epidemic, it will amplify a message to millions all over the world: testing for HIV is easy, quick and nothing to be feared,” Mr Green said in a statement.

Professor Sharon Lewin, director of the Peter Doherty Institute, said 10 per cent of new diagnoses of HIV in Australia were made of people with advanced HIV infection.

“One of the problems we still have in Australia is people not getting tested, not knowing they’re infected with HIV, and turning up for their first test when they already have AIDS, or already have significant immune damage,” she said.

Meanwhile, a protein has been developed in Brisbane which switches off HIV infection in cells, a step that could potentially lead to a cure to the deadly virus. 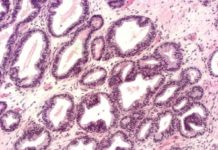