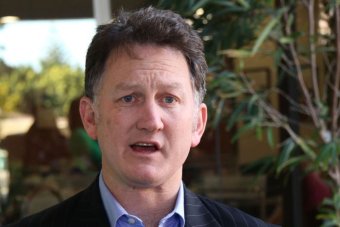 The head of the Australian Medical Association has launched a stinging critique of the federal Government’s election strategy, while suggesting it revisit the concept of a GP co-payment.

Dr Michael Gannon accused the Government of not wanting to talk about health during the campaign and silencing Health Minister Sussan Ley.

“The Coalition had the scare of their life in the election campaign,” he said.

“It seemed to me from afar that the Coalition didn’t want to talk about health in the campaign and that they had silenced Minister Ley, I think that’s unfortunate.

“It meant that we weren’t having a genuinely honest debate about important issues throughout the campaign.”

Dr Gannon called out Labor’s claim that the Government planned to privatise Medicare as a scare long before Coalition strategists realised its potency.

“I think it’s fairly clear that the scare campaign around the privatisation of Medicare really took hold, and the reason it took hold was because there were numerous elements of their health policy going back a couple of years that people were really scared about,” Dr Gannon said.

Dr Gannon does, however, support Labor’s push to unfreeze the Medicare rebate — the money the Government pays GPs for bulk-billing patients — and accepted some may see it as doctors looking out for themselves.


“I can see that and that is partly true,” he said.

“What I would say is that bulk-billed GP services represent amazing value for money.

“[We’re] talking about professional people who have had nine to 12 years of training and their time, intellect, expertise and training is surely worth $40 a throw.”

Dr Gannon has spoken to Prime Minister Malcolm Turnbull since the election and is confident he understands the AMA’s concerns.

“I think that in an ideal world he would unravel the freeze tomorrow,” he said.

“What we have seen in the past, going back to the 2014 budget, was a desire by the Coalition to introduce a co-payment to try and work out ways that those who can afford it can contribute more to the cost of their healthcare.

“Now the reason that proposal failed so badly is because it didn’t give the opportunity for individual GPs to make a judgement, knowing their patients well, who can and can’t afford a modest amount of money.”

Dr Gannon’s predecessor, Sydney neurosurgeon Brian Owler, emphatically ruled out the 2014 Abbott government proposal for a $7 co-payment but Dr Gannon said the concept should remain on the table.

“We need to be open to all different conversations and that should be part of the conversation in unravelling the freeze, I don’t think anyone’s going to find $2.4 billion behind a pot plant,” he said.

“We cannot have policy that does not protect the most vulnerable in the community.”

A spokesman for Ms Ley said the Government had no intention of pursuing a co-payment, a position supported by Labor’s health spokeswoman Catherine King.

“Well I think we’ve had that suggestion put to us before and the Australian public has as well and it’s been resoundingly rejected,” Ms King said.

Asked whether she regrets any element of Labor’s Medicare campaign, Ms King said she did not.

“No, not at all, I think it was very important during the election campaign and indeed the three years prior to that that we very clearly laid out what this Government is intending to do and is doing to Medicare,” she said.

Ms King also defended her performance during the campaign after a Fairfax report suggested some within Labor believed she could have been more visible.

“Labor and myself included were calling for a debate at the National Press Club on health, it was very unusual not to have one, I was available and am very surprised that the Health Minister did not debate health during the election campaign,” Ms King said.