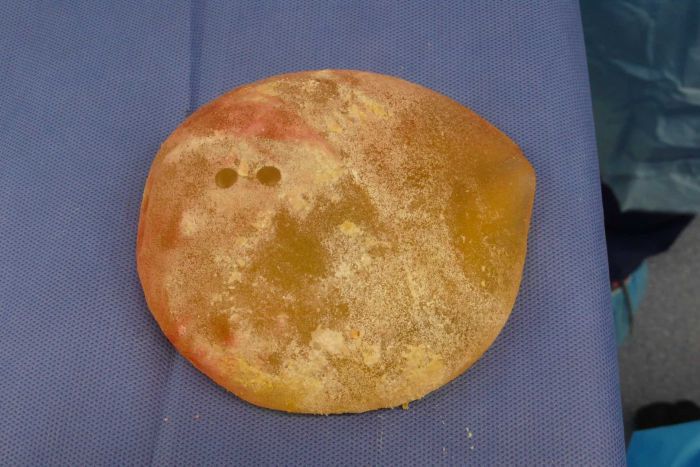 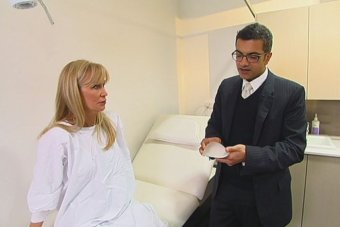 Photo: Yolinda Cramm’s implants were removed, and had significant levels of bacteria attached to them. (Supplied)

Plastic surgeons in Australia have found breast implants contaminated with bacteria may increase women’s risk of developing a rare type of cancer.

Doctors already know infection during surgery can cause the most common complication associated with breast enhancement, known as capsular contracture.

Contracture is the hardening of scar tissue around the implant, causing physical deformity and pain.

However, this is the first time scientists have linked infected implants to the cancer, known as Anaplastic Large-Cell Lymphoma (ALCL).

“Once you have a contaminated prosthetic in the body, the body can’t get rid of it,” he said.

“This chronic irritation goes on and on, and over a period of time, it stimulates the immune system where some of these cells can potentially transform into cancer.”

The surgeons studied tissue samples from 22 women who developed the rare form of lymphoma after undergoing breast enhancement procedures.

They found that the women had developed the cancer within eight years of surgery.

Researchers also found that implants with a textured surface, which are popular in Britain and Australia, were 70 times more likely to harbour bacteria than smooth surfaced implants.

No cause for panic: doctor

It is estimated between 5 million and 10 million women around the world have breast implants, but the study’s authors said only a small percentage had gone on to develop cancer.

“I don’t want anyone to panic because across the world, there’s probably about 300 cases worldwide,” said Dr Deva.

“In Australia and New Zealand, we’ve got around 40 documented cases.”

Most women with ALCL have made a full recovery after surgery, but in some cases they also needed chemotherapy and radiotherapy. 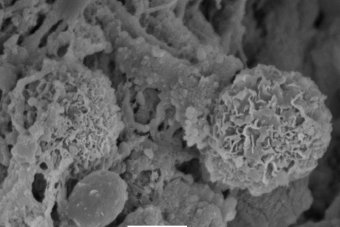 Photo: A close-up of bacteria that has formed on an implant. (Supplied)

Yolinda Cramm got silicone implants 30 years ago, but in 2004, she had them replaced when she developed capsular contracture and the implants started to leak.

Within a year, her second set of breast implants also began to harden.

“I went to three different surgeons before I found Dr Anand Deva, but I just knew something was wrong. My whole passion is to be healthy and I always felt like I wasn’t quite as healthy as I should be,” she said.

“The implants were black,” Mrs Cramm said. “You could actually see a growth all over them. It was like looking at a drain that’s filled with black gunk and that was sitting in my body.”

Dr Deva had to remove some of Mrs Cramm’s breast tissue to ensure the bacteria did not remain in her body.

“I was never warned about this risk,” she said.

“I would tell women that it really is worth going to see a good surgeon to find out exactly what’s going on because their health is potentially in jeopardy.”

The research was published in Plastic & Reconstructive Surgery journal. 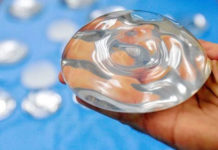