Queenslanders are more likely to be diagnosed with and die from melanoma than other Australians, a report has found.

The Australian Institute of Health and Welfare report show that between 2008 and 2012, 7.5 people per 100,000 died from melanoma in Queensland — the highest rate in the country.

Cancer Council Queensland spokesperson Katie Clift said almost 13,300 new cases of melanoma were likely to be diagnosed in Australia in this year — with 3,600 of them from Queensland.

“Due to an ageing and increasing population, rates of skin cancer are expected to increase nationally for some time yet, with higher rates among older Australians and males.

“This demonstrates the importance of regular skin checks throughout adulthood, so that skin cancer can be diagnosed early and treated effectively.”

However, the report also revealed the rate of skin cancers diagnosed in people under the age of 40 has decreased by more than 30 per cent from 2002 to 2016. 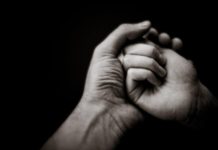