A nationwide search is underway to identify people who have made outstanding contributions to the promotion or prevention and treatment of mental illness.

Dame Quentin said the awards would acknowledge the important and tireless work done across a range industries, including researchers, advocates, clinicians and carers.

“This award will make a valuable contribution to our community’s knowledge of mental health and also its champions — what they do, what they give,” she said.

UNSW Professor Henry Brodaty said the prestigious prize would help reduce the stigma of mental illness and raise the profile of the significant work Australians were doing.

If you or anyone you know needs help:

“Importantly, we must give them the acknowledgement that they deserve and share what is working for the sake of those who are living with mental illness every day,” Professor Brodaty said.

The award could also highlight best practices in the treatment of certain illnesses, with the hope programs might be extended or mirrored in other parts of the country.

“We are calling upon clinicians, health professionals and the public at large to nominate the people they feel should be recognised for their work,” Professor Brodaty said.

According to the Black Dog Institute, one in five Australians will experience mental illness in any given year and one in three in their lifetime.

Suicide is the leading cause of death of 15-44 year old males, and each year 2,000 Australians take their life, according to the Black Dog Institute.

“The statistics are alarming, however we should also be incredibly proud of the exciting and innovative mental health programs and campaigns currently underway in Australia,” she said.

Nic Newling’s brother Christopher took his own life when they were both teenagers. 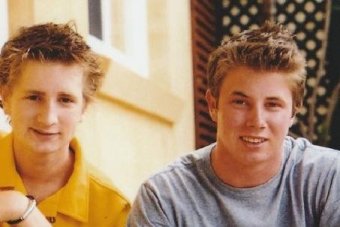 He now works as a mental health advocate and said the inaugural prize was a wonderful opportunity to reward the strides being made in the sector.

“This award is such a good idea because it really encourages us to speak more, and I think that is not the only part of the solution but a key to a lot of it.”

Nominations for the prizes are open now and the winner will be unveiled at an award ceremony on November 28.