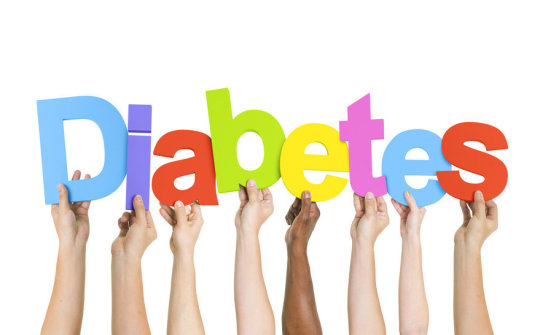 The prevalence of global diabetes has been seriously underestimated by at least 25 per cent, according to a new report.
Credit: © Rawpixel.com / Fotolia

A landmark paper led by Monash University with partners in the UK and US suggests there may be more than 100 million people with diabetes globally than previously thought.

The prevalence of global diabetes has been seriously underestimated by at least 25 per cent, according to the paper published in Nature Reviews.

In 2015, the official International Diabetes Federation (IDF) estimated the number of people with diabetes was 415 million, however the actual number may be as high as 520 million, according to the new paper by Monash Professor of Diabetes, Paul Zimmet, and co-authors from the UK and the US; all leading global figures in diabetes epidemiology research.

The research team argues that the organisations on which public health policy makers rely (including the World Health Organisation, the IDF and the Global Burden of Disease and Noncommunicable Disease Risk Factor Collaborations) have used different and sometimes inappropriate methods and tests to determine diabetes mortality and prevalence.

Professor Zimmet said: “The way the global data on diabetes has been collected has been inconsistent and not of the standard needed for public health planning to address what is now one of the largest chronic disease epidemics in human history. Over 12 per cent of global health expenditure is directed to diabetes treatment.

“There are major and serious gaps in our knowledge of the burden of diabetes, particularly in developing countries which will have significant unforeseen impacts on national health care systems,” he said.

“However, also in Australia, the number of people with diabetes and prediabetes, especially in Indigenous communities, has also been underestimated.

“As the fasting blood sugar has been used as the diagnostic test for these conditions in the Australian 2012-2013 National Health Survey, it is almost certain that the true burden of disease has been underestimated. The resources needed as identified in the Australian 2015 National Diabetes Strategy will therefore be inadequate,” he said.

Professor Zimmet said the cause of the serious underestimate of the diabetes burden is due to a number of factors including the actual lack of national data on diabetes in many countries — particularly developing countries — and the methods of testing for diabetes used in many countries. The paper recommends an alternative blood glucose test for both fasting and at two hours after a glucose drink test to provide a more accurate set of data.

“While the WHO recommends a blood glucose test both fasting and at two hours after a glucose drink, only the fasting glucose is used in many instances resulting in an underestimate of at least 25 per cent in the number of new cases of diabetes,” Professor Zimmet said.

The authors recommend a second test, a glucose challenge, be conducted after the two hour fasting as a way to confirm the actual likelihood a patient has or will develop diabetes. An alternative test, HbA1c (glycated haemoglobin) is now being recommended by WHO and the American Diabetes Association to circumvent the two hour test. Research is still underway to ensure it does the same job.

According to co-author Professor Sir George Alberti, a former President of the IDF and the Royal College of Physicians (London), accurate data is crucial.

“Accurate data on the burden of diabetes is required so that countries can identify current and future healthcare priorities to estimate direct and indirect economic and societal costs of the disease and to allocate appropriate healthcare resources and expenditures for healthcare delivery,” Professor Alberti said.

The above post is reprinted from materials provided by Monash University. The original item was written by Diana Robertson.Note: Materials may be edited for content and length.