People at high risk of developing Type 2 diabetes can reduce their chances of getting the condition by more than 80 per cent by fully completing a new education program, an NIHR-supported study has found.

The new group education program called Let’s Prevent Diabetes, developed by the Leicester Diabetes Centre, could lead to “large reductions in cases of Type 2 diabetes” to ease pressure on the NHS amid soaring numbers of the condition.

Full attendance on the program, which includes a main session and two follow ups over a two-year period, results in an 88 per cent risk reduction, while people who only missed one follow up session were 60 per cent less likely to develop Type 2 diabetes.

An adapted version of the Let’s Prevent Diabetes program is now being rolled out in the East Midlands and parts of Yorkshire as part of NHS England’s The Healthier You: NHS Diabetes Prevention program.

Professor Melanie Davies CBE, Professor of Diabetes Medicine at the University of Leicester based at the Leicester Diabetes Centre, who has led the development of Let’s Prevent Diabetes, said: “These types of programs, if applied correctly, are powerful and has the ability to enhance and improve people’s lifestyle. This program has the potential to bring large reductions in cases of Type 2 diabetes.

“Prevention of Type 2 diabetes is a global priority in healthcare, but there is a lack of evidence investigating how to effectively translate prevention research into a UK primary care setting.

“We assessed whether a structured education program targeting lifestyle and behaviour change was effective at preventing progression to Type 2 diabetes in people at high risk, identified through a validated risk score — and we have achieved success.”

The findings were made from an analysis on research, which examined 880 people from 44 GP surgeries.

They either received standard care or the six-hour group structured education program focused on physical activity and empowering people to make healthier lifestyle choices. The program includes an annual refresher course, and regular phone contact to increase motivation every three months. Both groups received standard written information and participants were followed up for three years.

People who attended the main session and one other reduced their risk of the condition by 60 per cent and these who attended all of the program were almost 90 per cent less likely to develop Type 2 diabetes. The effect of the intervention was lower in people who did not attend.

The above post is reprinted from materials provided by University of Leicester. Note: Content may be edited for style and length. 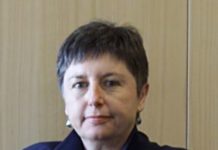 Medical Board of Australia’s proposal to root out underperforming doctors