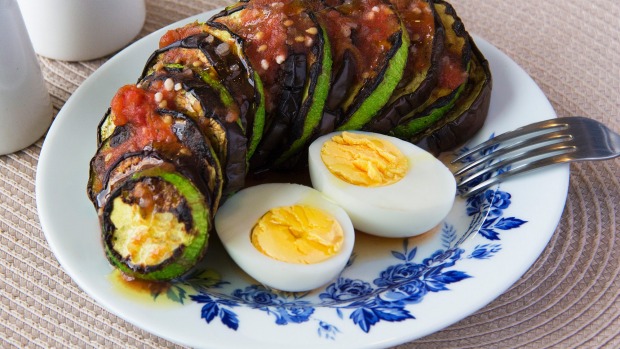 Becoming a flexitarian will also have health benefits. Photo: Getty

From black bean burgers on restaurant menus to eight varieties of hummus at the supermarket, the meatless movement shows no signs of slowing down.

The first real blip of vegetarianism in the United States started in 1971 when Frances Moore Lappé published Diet for a Small Planet, and explained that meat-based diets can be harmful for our planet and our health. Lappé wrote about ways to reduce food waste and enhance sustainability, but her ideas weren’t widely acted upon; she was ahead of her time.

Fast-forward 45 years, and these same issues routinely make headline news as worries about our food supply escalate. Lappé’s ideas are now being recycled as a new wave of concerned citizens, especially millennials, turn to meat-free eating for better health – both for ourselves and the planet. But this time, the momentum may be strong enough to make some changes.

Lappé was only 27 when she wrote Diet for a Small Planet. If you’re 27 these days, you’re considered a millennial, the generation known for being socially aware, civic-minded and environmentally conscious. Their buying power is affecting what we see on restaurant menus and in supermarkets.

Sales are soaring for once-fringe items such as veggie burgers and almond milk. The number of new vegetarian product launches has doubled over the past five years.

The trend toward avoiding meat occurs at a time when the toll that meat production takes on the planet is becoming clearer. As people become aware that meat production requires unsustainable levels of water, land and energy use, more Americans are choosing to leave meat off their plates. Annual meat consumption per person has fallen 15 per cent in the past 10 years, and when we do eat meat, it’s often environmentally friendly, organic, grass-fed, antibiotic-free and hormone-free (all areas in which sales have increased).

But let’s face it. If you love perfectly seared steaks or covet your beer-can chicken, the idea of eating tofu hot dogs may not be all that appealing. What if you’re concerned about the environment but still want to eat a burger once in a while? Meat-free eating has expanded into something more flexible and inclusive, giving everyone a chance to choose healthful and sustainable meals without giving up meat entirely. It’s called the “flexitarian” diet.

While 7.3 million Americans are vegetarian, an additional 22.8 million are flexitarian, meaning they primarily eat a vegetarian diet, but enjoy meat occasionally. This part-time vegetarian diet has broader appeal because it helps us balance food cravings with health and global sustainability.

There are no rules for flexitarianism, which is part of the appeal. The basic idea is to eat more vegetables, whole grains, beans, nuts and seeds, while reducing intake of animal-based foods such as meat, poultry and dairy. And it’s easier to choose meatless meals when food tastes so good! Tasty dishes such as chickpea fritters and lentil soup add mass appeal to the semi-vegetarian lifestyle.

The health and environmental benefits of flexitarianism aren’t as pronounced as they are with strict vegetarian diets, but there is still merit in eating meatless meals more often.

A study published last month found that although a strict vegetarian diet can help reduce the risk of developing Type 2 diabetes by 34 per cent, a flexitarian diet is associated with a 20 per cent reduced risk. Other studies show that a flexitarian diet can help reduce cholesterol and triglyceride levels, as well as the risk of becoming overweight or obese. Bottom line: You don’t need to eliminate meat entirely to reap the health benefits of a vegetarian diet.

Mixing the advantages of environmental and personal health is a big driver of the flexitarian movement. A recent study predicted that a flexitarian diet could reduce global mortality by up to 10 per cent and food-related greenhouse gas emissions by up to 70 per cent. And because this diet is more flexible, there’s a good chance that people can stick to it in the long run. So maybe the part-time vegetarian movement is here to stay.

Are you new to tempeh and falafel? Experiment with vegetarian meals by starting with Meatless Monday, because skipping meat one day a week is an easy transition. If you’re feeling inspired, try adding black bean salad with mango sauce and Korean-style tofu, vegetable and noodle stir-fry to your menu.

Registered dietitian Cara Rosenbloom is president of Words to Eat By, a nutrition communications company specialising in writing, nutrition education and recipe development. She is the co-author of Nourish: Whole Food Recipes featuring Seeds, Nuts and Beans.