His wife was overseas when a Newcastle GP decided to prey on vulnerable female patients, using their personal information to try to start intimate relationships.

Nauman Zafar Khan said he began to “reach out” to patients because he was miserable about his family being in Pakistan and found Skype was unsatisfactory. 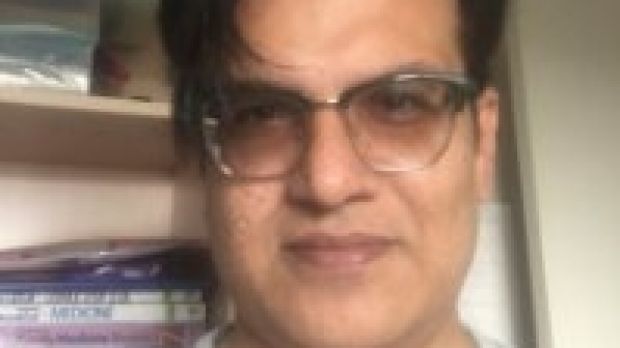 He sought out eight female patients who had been suffering from mental health issues because they “would be able to understand better” what he was going through.

“I have unconditional love for you,” he texted a 20-year-old patient with anxiety and depression. “If you ever want to be with me I’m ready for you … I wanted you the first time I saw you.”

One day in July last year he sent the woman 120 texts.

At one point she wrote back saying: “Just tell me what you want with me?”

The woman later told the Health Care Complaints Commission that she had felt “violated”.

“The consultations with [Mr Khan] and his contact with me has made me feel violated and my personal life invaded,” she said. “The way he was being persistent and forceful, asking me why I wouldn’t see him, frightened me.”

Mr Khan’s registration as a doctor was suspended in October last year but he recently tried to appeal the Medical Council of NSW’s decision.

But last Friday the NSW Civil and Administrative Tribunal refused Mr Khan’s application to appeal against the decision.

“This is clearly symptomatic of predatory conduct on the part of the appellant without any concern for the impact of his behaviour on any of these persons,” he said.

On another occasion, Mr Khan visited the home of a woman, 44, who had been the victim of a sexual assault.

She said when she answered the door he “was standing there with his shirt half undone”.

He then allegedly said words to the effect of: “You know I like you … I need a sexual companion apart from my wife.”

One woman, 26, who was suicidal, had had a pregnancy termination and suffered from depression, said she had been “disturbed” by Mr Khan’s contact on her mobile.

Over a three-week period in June and July last year, he began texting her a series of questions about where she lived, if she had a boyfriend and if they could meet for coffee.

“I have been very disturbed by [Mr Khan’s] contact,” she said. “I had confided a lot of things about myself and my problems to him during consultations with him. I had been having a terrible six months and he knew all my problems.”

Another patient agreed she had formed a friendship with Mr Khan outside their professional relationship but said she had been in a “very low and dark place”.

Between July and September last year, Mr Khan sent her 491 texts, including one that said: “What if I fall in love with you?”

One woman, who suffered from anxiety and emotional problems, became quite distressed when Mr Khan stopped contacting her after the pair allegedly had an affair.

“You used my vulnerability,” she wrote to him. “You used your knowledge and your position. You used me for your own benefit. You wanted to feel wanted and loved and you manipulated with me.”

A psychiatrist who assessed Mr Khan believed the risk of him repeating his behaviour if his suspension was lifted was “extremely high”.

“[Dr Samuels found] there was a clear pattern of predatory behaviour with selective targeting of several extremely vulnerable, young women.”

In handing down his judgment against Mr Khan’s appeal, acting Judge Marks said he should have known better.

“As a human being he has acted selfishly; as a medical practitioner who should have some understanding of the complexities of interpersonal relationships, he has acted with wanton disregard for the wellbeing of these persons, who … he knew to be vulnerable.”