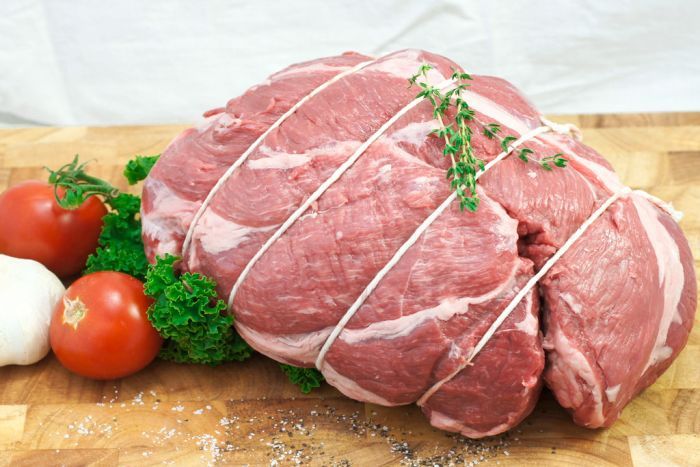 A couple of serves of fish per week is the traditional way people boost their intake of heart-protecting omega-3 acids, but now scientists have come up with an alternative: lamb.

“We are getting so many cases of heart diseases, obesity, hypertension and other complications, but we do know that omega-3s help to ameliorate that, and you get heaps of those coming from fish,” University of Tasmania Associate Professor Aduli Malau-Aduli said.

“But fish is just one source, my interest was more to get alternative to those fish sources.”

“It comes down to Australians do not consume enough of the long-chain omega-3 oils, these are the health-benefiting oils,” CSIRO researcher Peter Nichols said.

“We do consume a lot of red meat, lamb is pretty high there, so it’s an alternate way … to get the long-chain omega-3s into the Australian diet.”

Lamb has always had low levels of omega-3 acids, but after 10 years of research, scientists have come up with a way to boost them in the meat.

After hundreds of tests in the lab and numerous feed trials on countless sheep, animal science researchers from the University of Tasmania and the CSIRO have come up with a winning formula of feed pellets infused with omega-3-rich oils, including rice bran oil, safflower oil and canola oil.

“What we have done, and we have established this without any reasonable doubt, if we can strike the right level, 5 per cent of the oil within the pellet — there are other things that come in — but within the pellet, if there is 5 per cent either canola oil or the safflower oil, then we are getting the right quantity in there,” Associate Professor Malau-Aduli says.

The sheep are given the supplementary oil-infused pellets for 15 weeks before they are slaughtered.

Those omega-3 acids are absorbed into the muscle of the lamb.

“It’s going to be a while before lamb competes with fish, but at the moment, we are increasing the amount in lamb,” Dr Nichols says.

“We’re now up to a fifth of what we see in the average Australian fish, and we’re also aiming to perhaps go higher again, but it’s going to be a long time before lamb would compete directly with fish.”

Milk, cheese the next experiment

Fish has levels of about 200 milligrams of omega-3 per 100 grams, scientists have boosted the levels in lamb to between 30 and 40 milligrams per serve, and hope to double it again in the future.

There is another bonus, scientists have also found that the omega-3-enriched feed helps to get rid of some of the bad fats in the meat.

“There is a substitution happening where the bad fats are actually being substituted by the good fats, so you would find that most of the bad fats are mobilised more to the outer surface — what you call the subcutaneous fat, you can actually trim that off,” Associate Professor Malau-Aduli says.

“But it improves the quality of the fat that is within the muscle.”

This research is now switching its focus. It is trialling the oil-infused pellets on milk sheep at one of Tasmania’s sheep dairies and cheeseries.

Initial data trends suggest the omega-3 fatty acids are being absorbed into the milk.

For Diane Rae and her family, who run the Grandvewe dairy and cheesery, it is great news.

“If we could get omega-3 in — which is, as we all know, great for a whole lot of health reasons — then we can actually increase the functionality a lot further and make product out of that that can then run with the labels omega-3 additives or functional food,” Ms Ray says.

The next step for these scientists is to get the winning formulas out into the marketplace.

“There is tremendous interest from the scientific community in the sense that we are trying to provide alternative sources of the omega-3s,” Associate Professor Malau-Aduli says.

“There’s tremendous interest coming from the farmers as well, because if they are able to produce lambs that are very healthy and can attract a premium, that’s highly desirable.

The omega-3-enriched lamb is not on the supermarket shelves yet, but watch this space, these scientists are hoping it will be there soon. 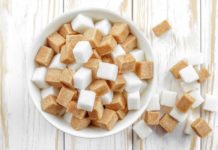 Fat Doesn’t Necessarily Make You Fat, But This Does 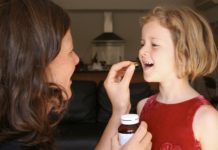 ADHD and Diet: The Effect of Omega-3 Fatty Acids