Almost half of pregnant women in Australia said they drank alcohol before they knew they were pregnant. from www.shutterstock.com.au

It is well established that drinking alcohol during pregnancy can have detrimental effects on the developing foetus. Newborns exposed to maternal alcohol develop a range of behavioural, physical and cognitive disabilities later in life.

However, researchers are now beginning to draw attention to the impact of alcohol around the time of conception and the health of the foetus later in life. The lens of the microscope has been switched to this very specific time point as many mothers will drink in the early stages of pregnancy.

Data from a 2010 National Drug Strategy Household Survey showed 47.3% of women consumed alcohol while pregnant before they knew they were pregnant.

How much do women drink?

Recent studies show the developing embryo is highly susceptible to environmental changes and the actions of the mother. This time point is critical as it is the most active time for cell division and differentiation, with the early embryo containing all the genetic codes and information needed for the future development of the foetus. As such, an optimal environment during this period is just as important as the remaining months of pregnancy and peak organ development.

It is common for women of reproductive age to consume alcohol. A recent survey showed Australian women on average reported drinking 3.5 standard drinks a day. This is quite alarming when taking into consideration 50% of pregnancies in Australia are unplanned, with the average time point of recognition of pregnancy at four weeks.

The Australian guidelines for reducing the health risks from drinking alcohol state:

However, despite these recommended guidelines, it’s probable women are still consuming high amounts of alcohol prior to the recognition of pregnancy.

With such high rates of unplanned pregnancies and a society that embraces the ritual of a few drinks at the end of a work day, early pregnancy is likely to be the period of highest intake for women who are unaware of their pregnancy. Adding to this, a 100ml glass of wine considered a standard drink could be very different to what is poured at home.

What are the risks?

Clinical studies have not yet tracked the drinking patterns of women prior to the recognition of pregnancy and subsequent health outcomes of the child. However, preliminary research through animal models is showing alcohol around conception and very early pregnancy can alter the development of the early embryo and lead to long-term consequences for the health of offspring after birth.

Using a mouse animal model, researchers from Finland reported early maternal alcohol consumption during this developmental period caused changes in brain structure of offspring, particularly in an area of the brain important for learning and memory.

Co-author Karen Moritz found the equivalent of five standard alcoholic drinks consumed around the time of conception in a rat animal model altered the development of the foetus. The study showed that before the egg implants and any organs start to develop, alcohol consumption causes changes to the embryo. Furthermore, the risk of offspring becoming obese and developing type 2 diabetes in early middle age dramatically increased.

The usual risk factors of these two diseases are attributed to poor diet and lack of exercise, but the results showed exposure to alcohol around conception presents a risk similar to following a high-fat diet for a major proportion of life.

Drawing on interviews and focus groups, the Australian Foundation for Alcohol Research and Education reported more than half of women were aware that drinking before pregnancy recognition could harm their foetus. However, most of these women said they had received reassurance from a health professional or peers which alleviated these concerns. With this blanket approach, it’s not surprising women are confused when a clear gap exists between the literature reported and the advice given to women.

The biggest hurdle for researchers now is translating findings from the basic sciences to more sophisticated clinical research. More awareness of the risks is required since women on average are drinking more alcohol and at higher rates.

k.moritz1@uq.edu.au receives funding from the National Health and Medical Research Council of Australia.

Diana Lucia does not work for, consult, own shares in or receive funding from any company or organisation that would benefit from this article, and has disclosed no relevant affiliations beyond the academic appointment above. 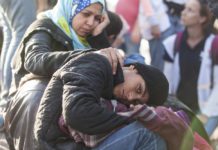 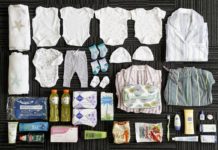 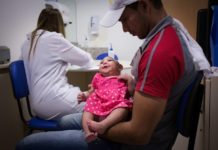 Explainer: what is microcephaly and what is its relationship to Zika virus?