A West Australian regional doctor says there could be a link between elevated levels of nitrates in the drinking water of some towns and health issues such as kidney disease.

Dr Christine Jeffries-Stokes was a chief investigator for the Western Desert Kidney Health Project which looked at five Indigenous communities and five towns in WA’s Goldfields and Western Desert regions.

The study of more than 1,000 people over three years aimed to determine the prevalence of type 2 diabetes and end-stage renal disease.

Just over one third of Aboriginal participants and a quarter of non-Aboriginal residents tested had an elevated albumin-creatinine ratio in their urine which indicated kidney damage.

“Which suggested that environmental factors or exposures probably were more significant than we had thought.

An auditor-general’s report released in May last year showed more than a dozen WA communities had enough nitrate in their water supply to cause the potentially fatal condition blue baby syndrome.

The Australian Drinking Water Guidelines specify a health guideline of 11.3mg/L of nitrogen for infants less than three months old and 22.6mg/L for adults and children.

Two of the communities included in the Western Desert Kidney Health Project study, Tjuntjuntjarra and Mulga Queen, showed more than 50mg/L of nitrate in their drinking water.

The town of Menzies had nitrate levels as high as 12mg/L, so bottled water was supplied to parents with infants.

Other towns included in the study were within safe drinking guidelines for adults and infants.

But Dr Jeffries-Stokes claimed chronic low-grade exposure to nitrate could also be a problem.

“The World Health Organisation last year came out and talked about how nitrates, which are used in some foods as a preservative, are a class 1 carcinogen and the nitrates in the water are the same as the nitrates in those foods,” Dr Jeffries-Stokes said.

“There is also ongoing research that the nitrates forming the nitrosamines can contribute to the development of type 2 diabetes and kidney disease.

Dr Jeffries-Stokes said people in rural and remote areas were at higher risk of most diseases, particularly diabetes and kidney disease.

“Now we know that the nitrates might be a significant factor,” she said.

“There are many health issues contributing to the high prevalence of chronic kidney disease amongst Indigenous communities and these include low birth weight, high blood pressure and diabetes,” Professor Cass said.

“To date there has been uncertainty regarding the long-term effects of drinking water with elevated nitrate levels.

“Kidney Health Australia strongly supports an independent rigorous appraisal of current evidence regarding the effects of the environment on kidney health.”

Dr Jeffries-Stokes said all towns and communities should have water filtration systems.

“I understand the cost of installing a water system is about the same as providing renal dialysis for one patient for one year,” she said. 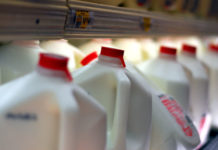 Is milk good for me, or should I ditch it?

Medication improves measure of kidney disease in patients with diabetes 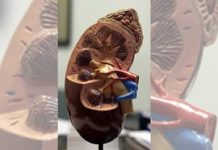