A ground-breaking anti-malarial drug made from natural plant extracts has won the 2016  Innovation Prize for Africa (IPA) today; while software to combat HIV drug-resistance medication and a cheap, simple urine test for malaria were the other big winners.

In its fifth year, the Innovation Prize for Africa – which the landmark programme of the  African Innovation Foundation (AIF) – saw 985 applications of which 10 finalists were selected across a range of fields.

“A product for malaria [prevention] coming from Africa for Africans, this is my dream. My dream come true, because malaria is one the biggest killers in Africa and finding a solution which is based on natural product is just what I have been dreaming about,” Jean Claude Bastos de Morais, the AIF founder, told me. “I am so proud of Dr Agon. We have followed what he has done very deeply for quite some time. He has spent 16 years of researching what he is doing.”

Agon’s medication, Api-Palu, is both significantly cheaper than mainstream pharmaceutical anti-malarial drugs, and more effective, the IPA said in choosing him as the winner. “It has great inhibitory effects on 3D7 strains of plasmodium falciparum the causative agent of malaria,” the judges said. It is available in Benin, Burkina Faso, Tchad, and Central African Republic (CAR); while Agon says he intends using the prize money to increase production, and be in every country in Africa by 2017.

“This is a disease that a child dies from every 30 seconds in Africa. We should fight this disease,” he jubilantly told me after the announcement. “This is an African innovation for fighting malaria. It’s an African solution, made in Africa, by Africans, for Africans. And for the world.”

Wright’s Exatype software tests whether an HIV patient is resistant to anti-retroviral drugs. “Until now,” the IPA judges said, “national responses have focussed on access to treatment for all. However, a growing number of people on ARVs are resistant to drug regimens, leading to failure of the therapy, exacerbating the continent’s HIV burden. Exatype processes the highly complex data produced by advanced ‘next-generation’ DNA sequencing of the HIV DNA in a patient’s blood. Through a simple report, it detects drugs that are resistant to the patient, then highlights the need to avoid these to ensure successful treatment.”

Wright told me: “It’s so important to do drug-resistance testing because it prevents the virus from spreading. People take drugs that they are resistant to and those resistant strains tend to grow in their body, and those are the ones that are transmitted. So we make more drug-resistance by not doing tests.” 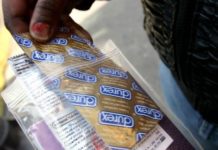 Why Gender Equality Is Key In The Fight Against HIV/AIDS

1,200 Kids Die From Malaria A Day. Low-Cost Preventative Treatments Could Change That