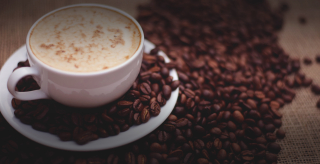 You might have been surprised by the news coming out last week, announcing that the World Health Organization (WHO) found that coffee isn’t carcinogenic after all. If I were in the coffee business I’d want this news item to get as little publicity as possible, as I doubt anyone was worried about coffee’s carcinogenicity before they were told not to fret.

So what’s this all about?

The last time the WHO’s International Agency for Research on Cancer (IARC) evaluated coffee was in 1991, and at that time it gave it a “possibly carcinogenic to humans” classification because of limited evidence associating coffee and bladder cancer in case-control studies (which are not the best evidence).

For this evaluation 23 scientists from 10 countries met in Lyon, France, and evaluated 1000 observational and experimental studies that have accumulated in the meantime.

Overall, cancer risk and coffee seem to be unrelated, they concluded.

The group also evaluated mate, a drink popular in South America and steadily gaining popularity elsewhere. Hot mate was classified as “probably carcinogenic to humans” in 1991 based on limited evidence. The new evaluation, based on the latest knowledge, concludes that while the high temperatures in which some people drink their tea or mate might act as a tumor promoter, the researchers think the mate itself is not a problem. Beware of very hot drinks, they advise:

“Drinking very hot beverages at above 65°C was classified as “probably carcinogenic to humans.”

The WHO’s findings are a scientific evaluation, not a set of recommendations on what to eat.

The categories used by the IARC can be quite confusing.

The highest, most dangerous category, category 1: Carcinogenic to humans, includes processed meats (bacon, ham, hot dogs, sausages). And also cigarettes. Does this mean that meat is as carcinogenic as smoking tobacco? It definitely doesn’t. More than 85 percent of lung cancers result from tobacco smoking, yet according to the WHO’s report 50 grams (about 2 ounces) of processed meat daily might increase colorectal cancer by 18 percent — smoking is much more likely to cause cancer than eating processed meat, even though both are in the same category. In this same category 1 you can also find ethanol in alcoholic beverages, secondhand smoking, engine exhaust, air pollution, and sun exposure. The sun’s rays, X rays and gamma radiation are all in the same category 1, but that doesn’t mean that beach vacations are as risky as getting a weekly CT scan.

Now, lets visit the category coffee’s in, it used to be 2B: Possibly carcinogenic to humans, and now it’s group 3: Not classifiable as to its carcinogenicity to humans. Coffee shares this distinguished category with tea.

This is science speak, so the best, most benign score you can get is category 4: Probably not carcinogenic to humans – scientists are very careful, and will never declare certainty.

Once the “can it cause cancer” question is raised to the IARC the best possible outcome can be: Probably not. When you ask a scientist: Is this – pertains to practically anything — 100 percent safe? the answer can never be a simple: Yes.

A better place to look for practical dietary advice is the Scientific Report of the 2015 Dietary Guidelines Advisory Committee, which concludes:

“Currently, strong evidence shows that consumption of coffee within the moderate range (3 to 5 cups per day or up to 400 mg/d caffeine) is not associated with increased long-term health risks among healthy individuals. In fact, consistent evidence indicates that coffee consumption is associated with reduced risk of type 2 diabetes and cardiovascular disease in healthy adults. Moreover, moderate evidence shows a protective association between coffee/caffeine intake and risk of Parkinson’s disease. Therefore, moderate coffee consumption can be incorporated into a healthy dietary pattern, along with other healthful behaviors…However, it should be noted that coffee as it is normally consumed can contain added calories from cream, milk, and added sugars. Care should be taken to minimize the amount of calories from added sugars and high-fat dairy or dairy substitutes added to coffee.”

I wouldn’t be at all surprised if one day we’ll discover that worrying about cancer may cause cancer.

This is a crosspost of my blog, Healthy Food & Healthy Living, where you can reach me at ayala@herbalwater.com.

— This feed and its contents are the property of The Huffington Post, and use is subject to our terms. It may be used for personal consumption, but may not be distributed on a website. 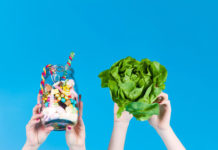