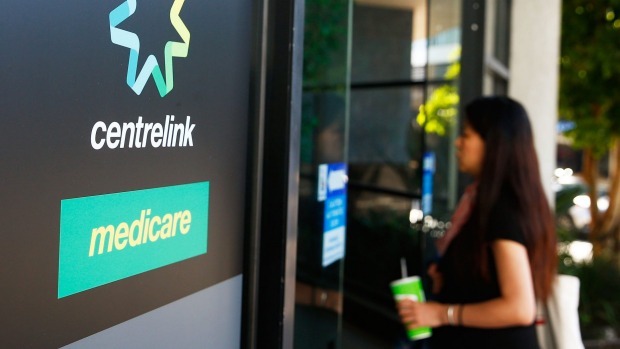 Medicare should not be left for GPs and patients to pick up more bills, voters say. Photo: Brendon Thorne

Most Australians do not think GPs or patients should have to foot the bill for running Medicare and for growing health costs, a Fairfax Media poll shows.

The Turnbull government has a range of policies aimed at reining in the growing cost of Medicare to save money, including for other areas of health such as the Medical Research Future Fund. This includes extending the freeze on Medicare rebates to 2020, which doctors say could lead to more charging patients an out-of-pocket co-payment.

An analysis of more than 63,000 participants of Fairfax Media’s YourVote tool showed that most Australians do not think the federal government should continue freezing rebates in order to keep the cost of running Medicare down.

The Australian Medical Association and the Royal Australasian College of General Practitioners say the extended freeze will place greater pressure on GPs, and could lead to many abandoning bulk-billing to charge patients a co-payment. Both groups are publicly campaigning against the extended freeze, with the College also running television and radio advertisements.

It comes as Opposition leader Bill Shorten reignites his attack on the Coalition’s intentions for the future of Medicare in the final fortnight of the election campaign. While a taskforce within the Department of Health was considering whether to modernise the system in the private sector, Prime Minister Malcolm Turnbull has ruled this out.

Mr Shorten accused the government of misleading voters on its plans to privatise Medicare’s payment system, with documents regarding the taskforce revealed as considered by cabinet under freedom of information laws. “If you want to defend Medicare, you’ve got to be a government who is prepared to properly fund the GPs, keep downward pressure on the price of medicine and ensure you keep bulk-billing incentives”.

Mr Turnbull denied that the government had been forced to back down for political reasons, saying it had the resources to do this within its Digital Transformation Office. He said Labor’s claim the government wanted to privatise Medicare was “the most outrageous, bizarre almost, lie told in this whole campaign.”

Most voters also said they did not think people with greater health care needs should have to bear more of the cost.

About 140,000 have participated in YourVote – which tries to determine users’ political leanings from their convictions in different statements. Its results are weighted to ensure the sample reflects the Australian population.

The Grattan Institute’s health program director, Dr Stephen Duckett, said the results were unsurprising, given that the community has strongly supported both Medicare and bulk-billing since they were established, with GP bulk-billing rates currently up to 82 per cent.

“That’s not to say there is no money to be saved in Medicare, for example in pathology . . . but you’ve got to be doing it in a sophisticated way, not a crude way by putting in a freeze on rebates,” Dr Duckett, former secretary of the department of health said.

“The public is saying there’s a constraint on what the government can do (to save costs) and I think they’re reasonable constraints.”

Dr Duckett questioned why medical professionals’ fees should be excluded from inflation, and said that bulk-billing general practice was an “efficient policy” that ensured that patients’ problems were dealt with early on, preventing future hospital stays.

Labor does, however, support the government’s current review of the Medicare Benefits Schedule, which is scouring publicly-funded items for clinically obsolete items.