Even as a UN conference began last week in New York, taking up the subject of ending AIDS, a Kremlin-backed research institute claimed the West is using HIV and AIDS as part of an “information war” against Russia.

The Russian Institute for Strategic Research (RISR) presented a report to the Moscow City Council last week on HIV in Russia where, unlike almost everywhere else in the world, rates of HIV infection are on the rise. 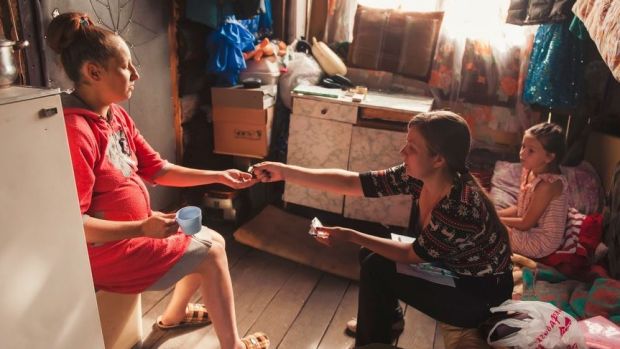 According to RISR deputy director Tatyana Guzenkova and her colleagues, the real goal of the West’s fights against HIV “is the implementation of the economic and political interests of US-led global structures, relying on an extensive network of international and quasi-NGOs.”

But none of this comes as a shock to Anya Sarang, head of the Andrey Rylkov Foundation. 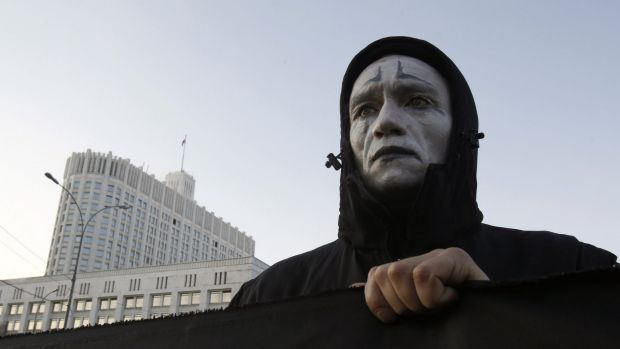 An activist holds a banner during a rally on World AIDS day to protest against government policies, in front of the Russian White House in Moscow in 2010.  Photo: Reuters

“We’re not surprised at these kinds of statements anymore,” she tells me from Moscow, where she works with drug users and sees the scale of Russia’s growing HIV epidemic firsthand.

“It’s the usual thing in Russia now to discard science for ideology.”

There are two models for fighting HIV, according to the RISR report. The Western model, it says, is made of “neoliberal ideological content, insensitivity towards national sensitivities and over-focus of certain at-risk groups such as drug addicts and LGBT people.”

The Russian model, on the other hand, “takes into account the cultural, historical, and psychological characteristics of the Russian population, and is based on a conservative ideology and traditional values.” 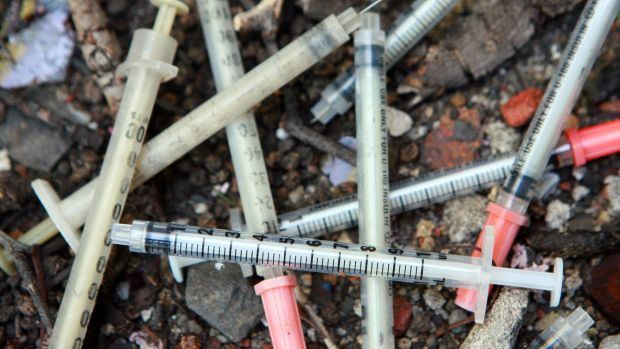 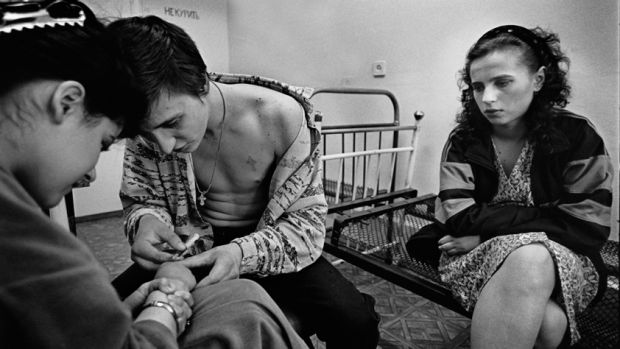 Approximately 93,000 new HIV cases were reported in Russia in 2015 – a per-capita rate almost fifteen times that of Australia. A million people in Russia have HIV, including almost one percent of all pregnant women – the threshold for a generalised epidemic.

Dr Vadim Pokrovsky heads up Russia’s federal AIDS research centre and is a longtime critic of the Kremlin’s HIV policies. 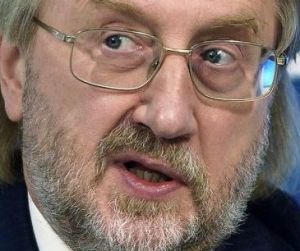 “The last five years of the conservative approach have led to the doubling of the number of HIV-infected people” Pokrovsky told AFP last year.

Not surprisingly, Pokrovsky doesn’t think much of RISR’s report.

“They use some questionable sources of information and incorrectly interpret the data they present,” he tells me from Moscow.

“Their arguments are not convincing.”

According to Igor Beloborodov, one of the RISR report’s co-authors, attitudes to condom use is one of the main factors behind Russia’s HIV epidemic.

“The [Western] contraceptive industry is interested in selling their products and encouraging underage people to engage in sex,” he told Moscow City Council.

He and his RISR colleagues argue in the report that condoms “create the illusion of the safety of sex” and should not be “gratuitously distributed” in Russian schools. The solution, they say, is to completely abstain from sex outside of (heterosexual) marriage.

“This is traditional rhetoric that was used thirty years ago and still used in conservative circles throughout the world. It is not particularly troubling evidence.”

Pokrovsky also takes issue with the report’s argument that “risk elimination” – in other words, completely giving up drugs and extramarital sex – is superior to harm reduction approaches.

He stresses that “risk elimination” is actually impossible. “The experts who understand this know that people cannot just give up extramarital sex,” he says, “and people dependent on drugs cannot just stop using them.”

‘AIDS and drugs will solve each other’

Even though 60 per cent of HIV-positive Russians are injection drug users, methadone replacement therapy remains illegal in Russia despite clear evidence of its effectiveness. It’s an approach that has led some commentators to question if the Kremlin is even that interested in the fight against HIV at all.

“I have had conversations with Russian government officials who have said things like ‘AIDS and drugs will solve each other,'” Daniel Wolfe, director of the International Harm Reduction Program at the Open Society Foundations (an organisation funded by frequent Kremlin target George Soros), told The Verge.

“So I think there’s some question about whether or not Russia is actually committed to protecting the lives of everyone, or whether drug users fall into the category of ‘socially unproductive citizens’ the state might just as well do without.”

In Moscow, Anya Sarang worries about the impact the “information war” rhetoric from the Kremlin and its allies might have on Russian with HIV.

“It send the completely wrong message,” she says of the RISR report. “Basically this report is saying that the HIV problem is something made up by western media.”

“The Russian population is really psyched up now with this whole anti-Western ideology and discourse,” she warns. “People might take this seriously and think ‘oh, HIV isn’t a Russian problem – it’s just a part of the information war.'” 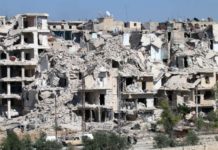