Listed health insurer NIB has accused the government of “squibbing it” by not allowing private health insurers to charge smokers and overweight people more.

But consumer group Consumers Health Forum has welcomed the government’s plan to rank cover under the categories of bronze, silver and gold and to make medical billing simpler. 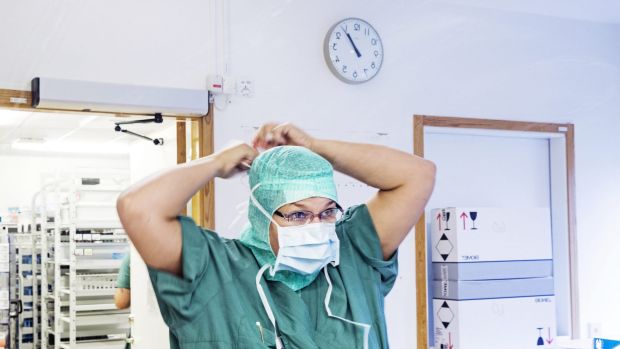 There are many issues in the health industry that need fixing to ensure cheaper insurance premiums. Photo: Magnus Laupa

More than half of the Australian population has some form of private health insurance and the Private Health Insurance Rebate costs taxpayers $6.3 billion a year.

Mark Fitzgibbon, the chief executive of NIB, the large publicly listed health insurer, said the $20 billion health insurance sector would take the new categories in its stride but warned the government not to scare off young people from buying cover.

And he lashed the government for retaining community rating, which means people pay the same for insurance regardless of their age and health status.

“It’s insane,” he said. “We don’t want a system that penalises people for things they have no choice over, such as age. But we need sticks and carrots and we should reward people for engaging in better health behaviour.”

Grahame Danaher, who heads the not-for-profit community fund Westfund, said it was “ridiculous” Australia’s 33 health funds offered a combined 40,000 products when hospital, medical, dental and optical were the core areas that needed coverage.

“A cynic would say that’s been done to complicate the market,” he said.

Private health insurers have long been criticised for offering too many products, and for selling “junk” policies that cover only public hospital treatment. Australians can be treated free in all public hospitals.

Medibank Private and Bupa, the country’s two biggest funds, are most vulnerable to policies that make it easier for customers to switch.

The Coalition has given a commitment that if re-elected it will implement measures which are aimed at simplifying health insurance.

The Australian Consumer and Competition Commission found last year that there was “market failure” in the area of health insurance due to the complexity of the products on the market.

This prompted Graeme Samuel, who is conducting a review of the area for the federal government, to question last week aspects of the way the health insurance industry operates, including the role of some of the insurance comparator websites such as iSelect since they omit some large health funds and received commissions from others, for the service they provide to consumers.

Mr Samuel has called for an official website to grade health policies from “junk” to “platinum”, among other measures such as a new way of calculating health insurance premiums that could limit increases to 2.5 per cent a year.
isted health insurer NIB has accused the government of “squibbing it” by not allowing private health insurers to charge smokers and overweight people more. But consumer group Consumers Health Forum has welcomed the government’s plan to rank cover under the categories of bronze, silver and gold and to make medical billing simpler.