RIO DE JANEIRO:  Brazil’s new health minister went on the offensive on Friday in a bid to dispel worries about the country’s Zika outbreak, which has cast a pall over the upcoming Rio de Janeiro Olympics.

Olympic Games should go ahead as planned: WHO

The World Health Organisation (WHO) advises, based on current assessment, cancelling or changing the location of the 2016 Olympics will not significantly alter the international spread of the Zika virus.

Speaking at a news conference with the foreign press corps, Ricardo Barros added his voice to the chorus of Olympic and Brazilian officials pledging that the August 5-21 games will be safe. He insisted there’s practically “zero” risk of any of the 350,000-500,000 expected foreign visitors contracting Zika.

The virus has been linked to a surge of microcephaly – a devastating birth defect that has seen thousands of babies in Brazil born with unusually small heads and often severely compromised brains – and some athletes, journalists and others have expressed reservations about taking part in the games. 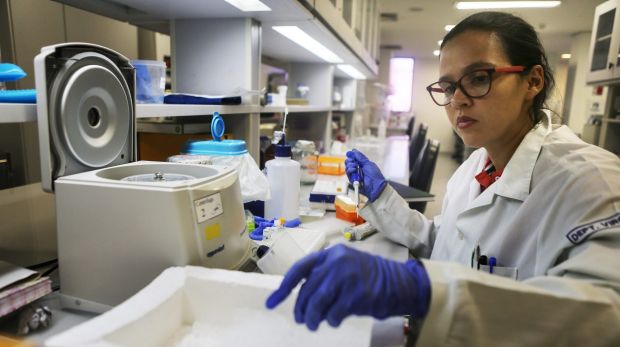 Testing: A lab worker performs a mosquito DNA analysis in a lab in Recife, Brazil as the country tries to allay fears of the Zika virus before the Olympics.  Photo: Getty Images

Last month, 150 health experts issued an open letter to the UN health agency calling for the games to be delayed or relocated “in the name of public health.”

The agency, the World Health Organisation, responded that such steps would “not significantly alter the international spread of Zika virus.”

Barros highlighted the WHO’s position, categorically ruling out any changes to the Olympic calendar.

“There is not any scientific proof to recommend that kind of decision,” he said, adding that he hoped his assurances would help convince any athletes on the fence about competing in Rio to make the trip.

Barros said mosquito populations drop significantly in August, a winter month in the Southern Hemisphere, and cited data showing that infections of dengue – another virus spread by the same mosquito – tend to spike in the hot summer month and taper off in the winter.

“There’s almost zero risk” of Zika spreading during the games, Barros said, appealing to the journalists to take that message back to the public in their home countries. Due to winter weather, “we will be in one of the regions with less circulation of the virus.”

However, experts say that because Rio’s winters tend to be extremely mild, it’s not unheard of to have mid-winter hot spells that can trigger sudden proliferations of mosquitoes.

Friday’s was the second news conference this week aimed at soothing foreign fears about Zika, which is seen as the latest in a series of problems besetting the Rio Games, including the economic downturn that has seen unemployment and inflation spike, the country’s ongoing political crisis and lacklustre ticket sales.