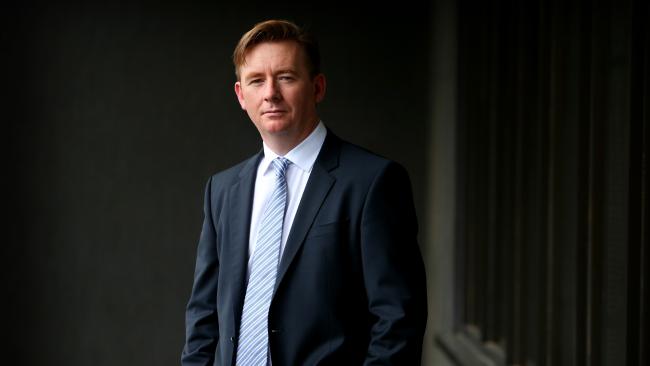 In medicine, outcomes are everything. From the moment a child is born the emphasis is on helping them thrive. From the moment any diagnosis is made the priority is to extend life and limit suffering. The medical profession, and the system itself, works best when ­focused on patient outcomes.

Of course, outcomes are also crucial in the medico-political arena, where health lobby groups do battle with governments over everything from surgeons’ pay to nutritional information on cereal boxes. Doctors on the frontline — those admirable men and women entrusted to care for our most vulnerable — proclaim their clinical independence and fiercely defend their interests, through advocacy and myriad professional bodies. And when it comes to public policy, they still need to ­convince politicians of the right ­response.

Anyone listening to Brian Owler deliver his final speech as Australian Medical Association president would be forgiven for thinking that, under him, the ­doctors’ lobby had won the ­public policy debate. In what was meant to be a call to arms, but may ultimately be an admission of weakness, the high-profile neuro­surgeon told the national con­ference his position was “argu­­ably the most significant non-­government role in Australia”.

“We have a reach and an influence that every other profession and other organisation envies,” Professor Owler thundered in Canberra’s National Convention Centre last month. “We have ­unfettered access to politicians without donating a cent to political parties. The Prime Minister comes to us. Almost all of the AMA president’s press conferences in the last two years have been covered live on the news channels.”

So why, some of the AMA’s 30,000 medical practitioners, students and overseas-trained doctors, each paying annual fees of up to $1600, might ask, did the federal budget extend a controversial freeze on Medicare rebates that will force them to cease bulk-­billing or take a pay cut?

If outcomes determine success, corflutes and flyers warning ­patients of the end of Medicare would suggest the AMA, as a lobby group is actually on the brink of failure. If outcomes are key then the moment Owler handed the AMA presidency to rival Michael Gannon, who criticises his ­approach and expects the ­Coalition to prevail politically, would be his nadir.

Owler is quick to point out that he took the presidency only days after the Coalition government’s first budget, in 2014, proposed a $7 patient co-payment amid pages and pages of health cuts, closures and recalibrations.

Owler, accused of being a Labor stooge but who denies any interest in a future political career with Labor, is a polarising figure. Terry Barnes, an adviser to former prime minister Tony ­Abbott, who claimed credit for the ill-fated $7 co-payment, has described Owler as “aggressive” and “militant” and “divisive”, ­deserving of the nickname “Dr No”.

The former president is certainly not backwards in coming forward. In March, as Malcolm Turnbull talked tax reform with the states, Owler tweeted that he was a “brain surgeon with a PhD” and still struggled to follow the policy process. Health Minister Sussan Ley responded with a tweet perceived to be mocking Owler — “keep up … it’s not Brain Surgery!” — as another doctor, Mark Awerbuch, wrote toThe Australian suggesting that “being a brain surgeon in no way qualifies him as an ­expert on matters of taxation or economics just as being a pain physician does not qualify me as an expert in fiscal pain”. Other doctors are critical but few will go on the record.

When Owler took the job in 2014, the adversarial Peter Dutton was health minister.

Dutton believed the co-payment was fair and reasonable — the original design included what he described as a $468 million “windfall” that doctors could use to subsidise free services for the needy — but Owler said “the last thing we want is to deter people seeking healthcare”.

Yet that is exactly what the ­policy was designed to do. The co-payment came out of the National Commission of Audit process, which prescribed to the theory that giving people a financial stake in the system might make them spend their money (not government subsidies) more wisely.

“The AMA is supportive of some co-payments but not the one proposed by the government,” Owler responded. “The co-­payment is unfair and unneces­sary. Ideology has pushed this proposal too far.”

Reflecting on that early period, Owler recalls Dutton giving him the ultimatum: “Either you’re with us or you’re against us.”

That is not completely true. Faced with the Senate knocking back the co-payment, then prime minister Abbott and Dutton met Owler and, as the AMA president said at the time, “made it ­fairly clear in the meeting that they were willing to look at alternative models and consider those on their merits”.

Two months later, with the ­Abbott government still in cost-cutting mode, the AMA put up its alternative: the Medicare cuts would go from $3.57 billion over three years to just $66m, with doctors having more control and the government picking up the slack. Dutton was unimpressed: “It wipes out 97 per cent of the government’s proposed savings.”

The AMA had negotiated itself out of the game and the Coalition instead set about trying to ­appease the Senate and manage the ­politics.

In March 2015, after Ley ­replaced Dutton and a different co-payment proposal also proved unpopular, Abbott declared the co-payment “dead, buried and cremated” — a big defeat or a big concession, depending on your politics. Behind the scenes, however, with little fanfare, the ­Coalition extended a freeze on Medicare rebates to deliver continuing billion dollar savings.

The government found a way to squeeze doctors without needing the approval of Owler, crossbenchers or anyone else.

The Coalition, meanwhile, was battling ideology on various fronts, from science to equality to climate change, issues health groups increasingly take policy positions on: even the latest dietary advice from the National Health and Medical Research Council is based partly on the need for ecological sustainability.

But when Owler spoke out on climate change, from his position as AMA president, critics quickly accused him of overreach. Conservative columnist Andrew Bolt mocked him for involving himself in a subject “he plainly does not understand”, and asked: “Is he after Labor preselection?”

The challenge for any AMA president — some may say ­responsibility — is that doctors are implicitly trusted and their platform powerful.

As a neurosurgeon, Owler was well placed to front NSW Labor government ads on road crashes, speak about alcohol-fuelled violence and comment on concussion in sport. But as AMA president, his willingness to ­answer questions about any issue made him appear to lack focus. It lifted his profile but diluted his power to combat the Coalition’s health cuts.

His many and varied comments resonated publicly — such as his criticism of Australia’s ­response to the ebola outbreak in West Africa — but damaged his position behind the scenes, making the government wary and other conservatives critical. All the while, the Medicare freeze ­remained, undermining doctors’ incomes and threatening to transform the system.

The AMA traditionally seems politically conservative, the ­assumption being well-paid doctors are Liberal supporters, if not members. Former Liberal leader Brendan Nelson is a past AMA president, as is Howard-era health minister Michael Wooldridge.

Whether through circumstance or ideology, Owler ended up on the Labor side of political ­debate. He had the highest profile of any AMA president in years, much more than his predecessor, Brisbane GP Steve Hambleton, who ended up doing one of the ­Coalition’s many health reviews. Another former AMA president, Bill Glasson, won Liberal preselection for the Queensland seat of Griffith but was unsuccessful on two attempts, with Labor using the Coalition’s Medicare policies against him.

The health of offshore detainees became another flashpoint last term. Rightly or wrongly, Owler’s comments extended beyond the medical needs of detainees, and the role of doctors working in the system, to demanding an end to mandatory detention and offshore processing.

Owler denies he will. But others took notice. In Western Australia, the state president of the AMA, the obstetrician Michael Gannon, mounted a challenge to Owler, saying the federal president and his deputy Stephen Parnis were “strong on progressive policies but not listened to by the conservative government”.

“There is a risk the government will disengage from you if you ­believe in taking pot shots,” Dr Gannon said. “If you step into the minefield of asylum-seeker policy, you risk alienating the ­government.”

The key issue for the AMA — in fact, for every health lobby group — was always health cuts. Owler insists the Coalition had no intention of engaging with health groups — so he had little option but to criticise poor policies from afar. “There’s only value in being in the tent if you’re being listened to; there’s no point being inside the tent if you’re being ignored,” Owler says.

Owler might have helped fight off the co-payment but he and the AMA left the Coalition to look for savings elsewhere — and doctors are in a more precarious position as a result. The Medicare freeze is not so much a “co-payment by stealth” as a political bait-and-switch that made unsuspecting GPs, not the government, appear responsible for passing on higher costs to patients.

One of Owler’s last responsibilities as AMA president was to welcome Labor’s promise to end the Medicare freeze and to call on the Coalition to do the same.

He wanted his deputy Parnis to succeed him but members instead backed Gannon, who had long ­argued the Coalition would win a second term and the AMA would have to mend relations.

AMA members did not give tacit support to Coalition policies — Gannon argues strongly against the Medicare freeze — but put their faith in Gannon to work with government to pursue better outcomes.

The AMA motto is pro genere humano concords, which translates as “all as one for mankind”. Under a Coalition government, and with Owler as president, the AMA became an organisation ­divided, its goals unclear. Only time will tell whether Gannon can ­reunite the organisation, and whether July 2 is a referendum on Medicare, as Labor — and Owler — repeatedly claim.