Food choice has become a moral morass. Discussions about food production and consumption are increasingly loaded with moral language. We’ve witnessed burgeoning debates over which agricultural practices and foodstuffs are “sustainable”, what counts as “clean” or “green” living and eating, and who is “responsible” for obesity, to name just a few.

Consumers are increasingly encouraged to seek out a range of ethical foodstuffs, which variously include: local, made in Australia, seasonal, non-genetically modified, humanely-produced, free range, organic, palm oil free, and fair trade.

There’s also increasing emphasis on reducing meat consumption, or even finding substitutes for all types of animal products.

Our research on food values has shown that consumers are increasingly confused by the multitude of food choices available to them. People feel pushed by labelling or peers to buy products when they feel they have inadequate information, or which fail to fulfil certain values.

We’re bombarded with messages about what makes food “good” and “bad”. These categories can tend to reinforce other social distinctions, like race, class, and education level.

Our qualitative research as part of a broader food ethics project has shown that parents in particular are increasingly overwhelmed by pressure to eat “ethically”, and feel judged.

They ask how they possibly can do the “right” thing on a restricted budget and in extremely limited time: not everyone can grow vegetables and fruit or raise their own chooks, only shop at expensive farmers’ markets, or go to many outlets in order to buy only “ethical” products.

The sheer amount of information available can cause paralysis. As one participant noted,

It gets to the point where it’s just too hard, you just buy it, and you turn into a creature of habit … I just can’t find myself analysing all this stuff. I just want a couple of steaks and you give up, it’s just too much information.

Using moral language in reference to food is not a new phenomenon: nearly every religion has certain food prohibitions. Pork is forbidden in Judaism and Islam and Catholicism bans meat on certain days; the Bible specifically cautions us against gluttony.

Even with declines in organised religion in some Western countries, these distinctions are deeply ingrained in our culture. As with many religious and cultural traditions, what’s improper or forbidden often creates a separation between members and non-members of a group.

Identity claims associated with various contemporary food categories can serve a similar purpose. Consider not only vegetarian, vegan, and other more established labels, but also newer categories such as locavore, freegan, kangatarian (eating vegetables and kangaroo meat only), and flexitarian (eating mostly vegetarian with occasional meat).

Attaching moralising labels to our food such as “good” and “bad”, and to ourselves as eaters can create troubling binary categories.

Food labelling also can bewilder consumers as much as inform them. Labels provide nutrition, provenance, and safety information (for example, “best by” dates and allergen warnings); serve as advertisements; and increasingly include information about ethical issues such as production methods and animal welfare.

The new Australian code for free range egg labelling standards created as much confusion as clarity. While transparency in labelling has been welcomed, many producers and consumer organisations claim that the maximum stocking density is far too high and eggs from hens that never actually go outside could be called “free range”. They emphasise that consumers should boycott what they call “bad eggs”, perhaps in an intentional contrast to what some companies label as “happy eggs”.

“Superfoods” can be confusing too. Rhetoric and marketing emphasises various health claims, but also exoticises their origins, no doubt in part to rationalise their relatively high cost.

Emphasising less familiar and often more expensive ingredients in the context of dietary advice can foster an elitist message, and even fuel food anxieties.

In similar ways, our snobbery toward frozen and processed foods may well be blinding us to their potential advantages. Depending on issues like season and storage and transport methods, some frozen foods might in fact be more nutritious (as well as more convenient) than their fresh counterparts.

As the food historian Rachel Laudan argues, processed and industrialised foods are not automatically bad, although quality matters:

If we unthinkingly assume that good food maps neatly onto old or slow or homemade food…we miss the fact that lots of industrial foodstuffs are better.

We think in black and white

Humans love to divide things into categories and attach labels: this tendency allows to us organise often overwhelmingly complicated amounts of information and develop shortcuts.

However when we divide humans into categories, it’s usually in terms of self/other or us/them. The language associated with food can do the same.

Critics of this moralising language have proposed using phrases like “growing foods” versus “fun foods”. They’re much less grounded in concepts of right and wrong, or good and bad, and emphasise a healthier relationship with food.

We may wish to make particular food choices for ourselves and our families because of deeply held values associated with supporting our local economy, trying not to damage the environment, not contributing through our choices to cruelty to non-human animals or promoting unfair or unhealthy working conditions.

But not everyone has the same values or interprets them in the same way. Nor do we weight them identically: choosing food reflects a complex calculus and there are few simple decisions.

Let’s eliminate judgemental language from our conversations about food policy, but most importantly, let’s stop bringing it to the kitchen table.

Rachel will be online for an Author Q&A between 3:30 and 4:30pm AEST on Thursday June 2, 2016. Post any questions you have in the comments below.

This is the fifth article in our ongoing series on food and culture Tastes of a Nation. You can read previous instalments here.

Do you have a story idea for this series? If so, please contact Madeleine De Gabriele.

Rachel A. Ankeny receives funding from the Australian Research Council for projects relating to food ethics. 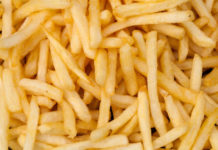