Queensland researchers believe they might have found the key to developing a long-term malaria vaccine.

Scientists at the QIMR Berghofer Medical Research Institute has announced the results of a study that looked into utilising immune cells known as CD8+ to help increase the life of malaria vaccines, which typically remain effective for only a few years.

The study found mice whose immune cells were activated were more resistant to the mosquito-borne virus than those treated using traditional antibodies.

Dr Michelle Wykes, head of the institute’s molecular immunology laboratory, found the immune cells were more effective in the long-term protection of mice against malaria.

“This is the first time there has been evidence to show that these immune cells are crucial for protecting against blood stage malaria, which is when symptoms start to show, in the long term,” she said.

“In other words, we’ve found that antibodies on their own aren’t enough to maintain protection against malaria.”

Dr Wykes said she believed the discovery explained why existing vaccines did not offer any long-term resistance to the disease.

The World Health Organisation estimated malaria caused the death of 438,000 people and infected a total of 214 million in 2015. 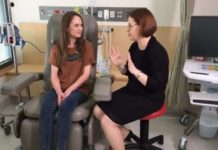