Hospital workers who raise their voices aggressively, ignore patients or belittle colleagues are being reported to management at the Royal Melbourne Hospital under a radical new system to eliminate bullying – a problem thought to be rife there.

Chief executive Gareth Goodier said his 8800 staff were being trained to anonymously report unprofessional behaviour through a new online ” we care” system in the hope it will gradually improve the hospital’s culture. 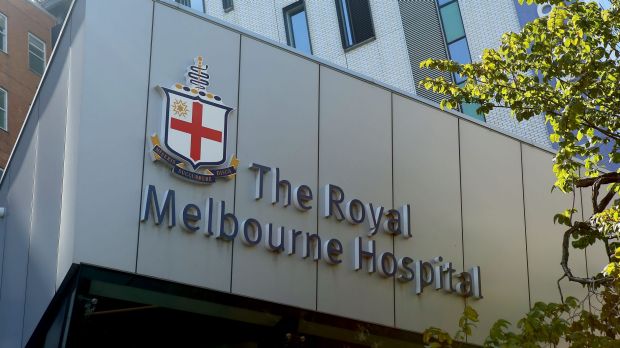 Forty per cent of staff said they had seen bullying at the Royal Melbourne Hospital. Photo: Pat Scala

The commitment comes after 40 per cent of 1763 staff surveyed at the hospital last year said they had witnessed bullying on the job, and one in five said they had experienced it themselves. Many said they were too scared to report it and felt that even if they did speak up, nothing would be done.

The hospital, which employs some of Australia’s leading doctors, has been rumoured to house some senior bullies and last year a coroner began investigating the suicide of nurse Desmond Ponting who had allegedly been assaulted and bullied there by medical staff.

The “we care” system encourages staff to anonymously report any behaviour that undermines an open harmonious atmosphere where people can fearlessly remind a colleague to wash their hands or clarify a clinical instruction – important requirements for safe healthcare.

Dr Goodier said after various staff surveys showed “pretty poor and unacceptable” results, the hospital invested in the evidenced-based program through the Cognitive Institute in Australia, which aims to slowly break down damaging aspects of the hierarchical culture in hospitals.

The Royal Melbourne is believed to be the first Australian hospital using the system. After coming under fire for bullying, harassment and discrimination, The Royal Australasian College of Surgeons has also shown interest in it.

Under the program, pioneered by Vanderbilt University in the US, a small number of trusted “triage” staff regularly assess the anonymous reports coming in, and then “care messengers” – senior doctors, nurses and other workers – tell the reported person what has been alleged and ask them to reflect on it.

Executive director of People and Culture at the Royal Melbourne, Bridgid Connors, said the messengers were trained not to accuse the person of wrongdoing, but to say in a brief conversation: “It’s been observed, it’s been reported, We’d like you to reflect on that whether that did or did not occur.”

Ms Connors said while most staff will never get reported, evidence from US hospitals showed 80 per cent of people who are reported once never get reported again because they change their behaviour. Another 13 per cent will get reported repeatedly, prompting a more serious discussion with their manager, and a small cohort of recalcitrant staff will end up in formal counselling or disciplinary proceedings which may involve them being dismissed.

Ms Connors said staff had been warned not to make vexatious complaints because they, too, could lead to disciplinary action, and she said in US hospitals very few people fraudulently reported colleagues. She said one of the unique things about the system was its focus on staff getting used to receiving feedback and taking it on board professionally.

Dr Goodier said staff clearly felt scared to speak up about disruptive behaviour because the hospital’s HR department had only received about 12 to 15 reports of serious misconduct a year, of which about 10 to 12 were proven. He said the Melbourne Health board, which is chaired by Melbourne’s Lord Mayor Robert Doyle, had agreed to back the program even if it ends up weeding out high profile or prestigious staff.

Executive Director, Clinical Governance and Medical Services, Cate Kelly said the board’s commitment to not shy away from disciplining such people was crucial to the program’s success.

“Basically if you blink in that process the whole cultural transformation process falls over because it just reinforces that message that it’s not fair and transparent and consistent,” she said.