The new laws, proposed by Democratic Labour Party MP Rachel Carling-Jenkins, aim to stop women getting an abortion after 24 weeks gestation and dictates doctors behave in a certain way. It was scheduled for debate in the upper house on Wednesday.

Queensland parliament will discuss whether to remove abortion from the criminal code.

“The AMA urges MPs to vote against this bill, as it jeopardises the independence of medicine … it criminalises a medical procedure … [and] it dictates that certain medial services must be provided to all patients”. 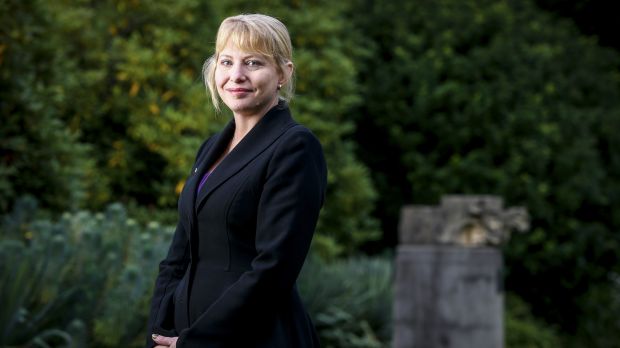 Rachel Carling-Jenkins wants to introduce new laws that would make it a criminal offence to abort a fetus after 24 weeks. Photo: Eddie JimIt also said the Bill suggested the neonatal intensive care provided at the Royal Children’s Hospital, the Royal Women’s Hospital, Monash Medical Centre and Mercy Hospital was inappropriate, which was “insulting and wrong”.

The Director of Obstetrics at Monash Health, Professor Euan Wallace, described it as a “regressive bill’ and  “meddlesome in the extreme” and said it would not improve care for women.

The bill proposes women be banned from terminating a pregnancy after 24 weeks, that doctors be jailed for up to five years if they conducted abortions at that stage of the cycle, and that hospitals provide a range of services for women in “distress” to encourage more patients to continue with their pregnancy.

On Monday Catholic Bishop Peter Elliot released a statement claiming late-term abortion allowed doctors to carry out ‘partial birth abortion’ in which “the viable fetus is extracted and dismembered” after it was killed by crushing the skull or some other “mortal wound”.

Professor Wallace said this was totally incorrect and never happened in his 20 years of experience.

“That language is just so hurtful to women and couples who are making choices that they never wanted to make,” he said.

Late terminations were only carried out when the fetus had a lethal congenital abnormality, he explained. After intense counselling with multiple health professionals the patient goes through induced labour. The fetus is injected with lignocaine to stop its heart beating, he explained, and born intact.

Health advocate and GP, Sally Cockburn, said she had never heard of the type of procedure being carried out as described by the Catholic Church and urged Bishop Elliot to produce evidence so any doctors doing this could be brought to account.

“While I respect people have a personal objection, I object to people with a moral bias against abortion using untrue information about the procedure to influence decision makers,” Dr Cockburn said.

“I call upon them to produce whatever evidence they believe they have … and if anyone repeats these claims in Parliament they should be challenged to produce the evidence and not hide behind parliamentary privilege.”

Abortion was decriminalised in Victoria in 2008. Health Minister Jill Hennessy has already said the government believed there was no need to change abortion law.