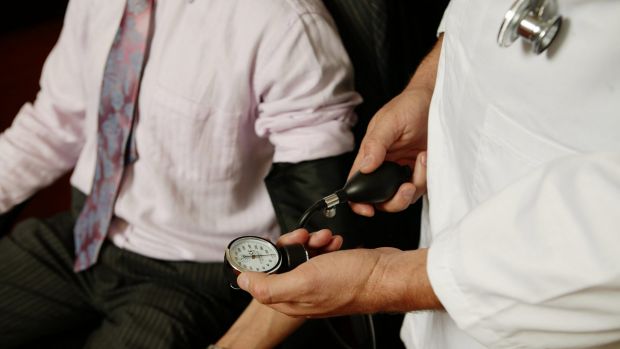 The AMA ACT branch has written to the regulatory body, saying doctors may not be “fulsome” knowing patients can access their response. Photo: Andrew Quilty

The Australian Medical Association’s ACT branch has warned doctors their confidential responses to complaints can be accessed by the patients who complain about them.

The organisation has written to the national health practitioner regulatory body, raising concerns about the “vulnerable” position inn which doctors may find themselves.

The problem came to light after the Health Services commissioner decided to release a doctor’s compulsory response to a complaint, to the patient.

That response is normally confidential, the AMA says, but, in the ACT, specific legislation means patients are entitled to ask for their “health record”.

In some circumstances, that record includes a complaint response.

Health Services commissioner Graeme Innes, who took up the role six weeks ago, said it was only after consulting with the doctor that the commission “made a decision based on criteria that we have to assess” to release the response.

He said it was not automatic that a response would be released.

He also said it would be extremely rare that a doctor’s response was handed to a patient without first consulting with the doctor. He saw a “small potential” for the laws to conflict but did not see the need for legislative change.

But the AMA ACT branch has written to regulatory body AHPRA, saying doctors may not be “fulsome”, knowing patients can access their response to a complaint.

They say the decision also puts them in a vulnerable position, where they are forced to reply to complaints – no matter how vexatious – only to have those responses released to the patient.

The president of the AMA’s ACT branch, Steve Robson, said the decision could jeopardise complaint investigations.

“One of the things that is the cornerstone and key part of handling any kind of complaint is a sense that somebody can speak freely,” he said.

He said it was his understanding the ACT was out of step with the other states and territories, and the organisation would prefer uniformity with other jurisdictions.

Mr Innes said, in his experience, the more information disputing parties made available and the more candid, the more likely issues were to be resolved.

The AMA has advised practitioners to seek advice. Pending its own legal advice, it has indicated an intention to lobby for legislative change.

Health Minister Simon Corbell said it was important to “get the balance right to ensure patient safety while also protecting the rights and privacy of patients and clinicians”.

“Patient safety and high-quality health care is improved through the complaints process, and Canberrans should feel confident in the care they are receiving from our doctors and health-care professionals and that the ACT has a robust complaints process.”

He said the AMA had raised its concerns with him, and he would be seeking further advice on the need for change.